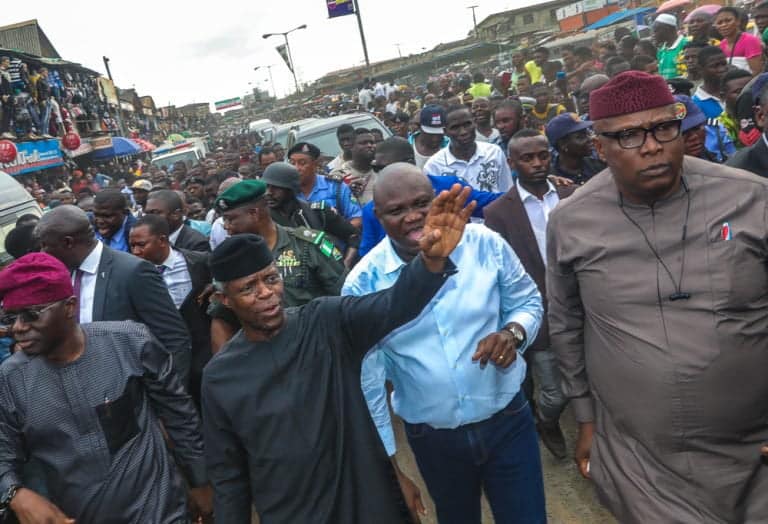 Osinbajo, accompanied by Akinwumi Ambode, governor of Lagos state, and Babajide Sanwo-Olu, governorship candidate of the All Progressives Congress (APC) in the state, asked the traders to utilise the loans judiciously to secure more from the federal government.

Unlike uprising criticisms that say that the loan is a form of vote buying, the Vice President noted that the loan was to help the traders grow their businesses and add meaning to their lives.

“This is one initiative this administration has put in place to address the plights of those at the grassroots. To help you grow your businesses and make lives meaningful to you and your families,” he said.

“That’s why we ensure there is no collateral and when you repay the loans, you can secure more from government because it shows you are serious with what you are doing.”

TraderMoni is a collateral-free loan of N10,000 to petty traders, repayable within a period of six months.

Recall that the southern and middle belt leaders forum had accused Osinbajo of bribing voters with the TraderMoni scheme ahead of the 2019 general election.

But Laolu Akande, senior special assistant to the vice-president on media and publicity, maintained that the TraderMoni loan given to petty traders is not meant to buy voters.