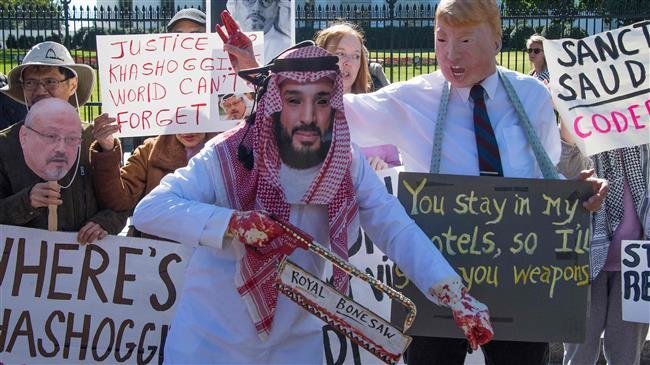 Saudi Arabia has finally admitted the murder of journalist Jamal Khashoggi inside the Saudi consulate in Istanbul.

Twenty days after the disappearance of Jamal Khashoggi and while the United States was trying to exploit this important issue to blackmail the Saudis, the Attorney General of Saudi Arabia finally decided to admit, Saturday, October 20, involvement of 18 people in the murder of Khashoggi. In a statement, the Attorney General of Saudi Arabia announced a decree of King Salman who ordered the dismissal of several officials of the Saudi security service to acquit his son, the Crown Prince, of charges of involvement in Saudi Arabia. the murder of Khashoggi.

The Attorney General of Saudi Arabia announced that the journalist had been killed inside the consulate “during a fight” that had been fired between Jamal Khashoggi and the delegation that “went to the consulate with a mission to convince him to return to Saudi Arabia “.

In the process, King Salman ordered the dismissal of the head of intelligence and his deputy and the formation of a commission to rebuild the structure of Saudi intelligence under the leadership of Mohammed ben Salman.

Meanwhile, Reuters news agency quoted a Saudi official as saying Saudi Crown Prince was unaware of the operation that resulted in the death of journalist Jamal Khashoggi in the kingdom’s consulate in Istanbul this month -this.

“They were not ordered to kill him or even kidnap him,” said the source on Friday, 19 October, who requested anonymity.

“Mohammed bin Salman was not aware of this operation and certainly did not order the kidnapping or murder of anyone,” the source said.

The source said that Khashoggi’s body had been handed over to a “local cooperator”, but that there was no trace of it at the consulate.

Khashoggi: Ahmed al-Assiri will be sacrificed?

The New York Times reiterates that Saudi Arabia would blame Ahmed al-Assiri for the disappearance of Khashoggi to whitewash the Crown Prince.
Jamal Khashoggi, a Saudist journalist, has been missing since October 2 after entering Saudi Arabia’s consulate. The Saudi regime initially claimed that it had left the building while Turkey reiterated that the journalist had been killed and maimed inside the consulate.

The Turkish media has released images showing the arrival of a team of fifteen Saudi officials at the consulate before Khashoggi arrived there.