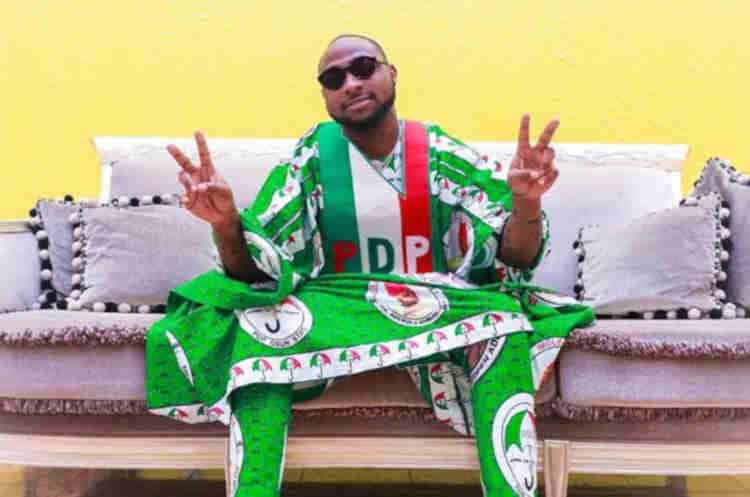 There has been little drama at the entrance of Adokie Amiesiekema stadium in Port Harcourt, Rivers state where the peoples Democratic party, PDP is holding its convention

The security agents who were trying to control the crowd at the gate mistakenly fired teargas, not knowing that the music star was in the crowd.
Some party chieftains and security agents later went to appeal and usher him to the stadium with the crowd hailing him.

Davido whose uncle, Ademola Adeleke lost the Osun governorship election was among the entertainers that performed at the event.