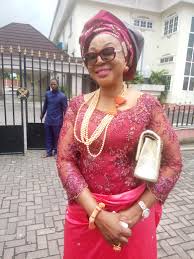 She was congratulated by the Returning Officer of the exercise, Ambassador Rufus Idawene, who added that she got 87 votes to beat her rival Dr. Akin Nana, who scored 71 votes.

Briefing newsmen, Begho was optimistic that she would win at the general polls next year.

She said: “It was a genuine democracy in action at the SDP Delta South Senatorial District primaries. This was a real democratic election by the SDP. I want a similar democratic process in the general election against my two main contestants Senator James Manager and ex-governor Emmanuel Uduaghan. We want the people to decide with their votes, not money.

I am confident that I will emerge the winner because I represent the wishes of the people of Delta South Senatorial District.’’