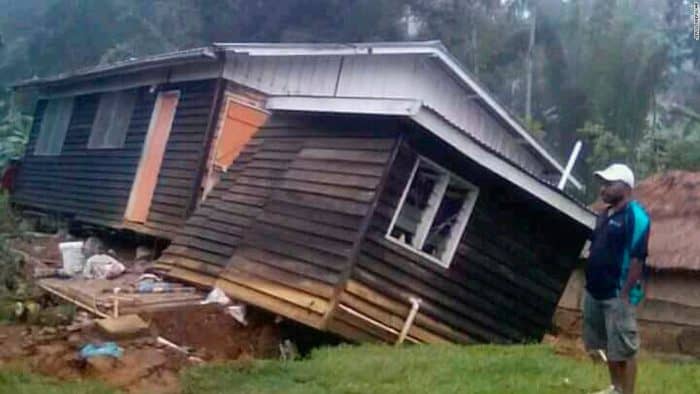 Latest reports emerging from Indonesian’s earthquake and subsequent tsunami, indicate that the death toll from the disaster have more than doubled to 832.

According to Jakarta Post, while 11 persons have been confirmed dead so far in Donggala, the magnitude-7.5 earthquake’s epicenter near the city of Palu in the province of Central Sulawesi, claimed the lives of 821 persons.

The earthquake struck at about 6 p.m. Friday and was followed by a six-meter high tsunami. First responders have found hundreds of the dead on beaches in the area and are still trying to reach others trapped under rubble, The Guardian reported.

Some parts of Sulawesi have been inaccessible after the earthquake, national disaster agency Sutopo Purwo Nugroho said.

“The deaths are believed to be still increasing since many bodies were still under the wreckage while many have not able to be reached,” Sutopo said.

Vice President Jusuf Kalla said the death toll could rise into the thousands.

“This was a terrifying double disaster,” Jan Gelfand, an official in Jakarta for the International Federation of Red Cross and Red Crescent Societies, told The Guardian.

“We have heard nothing from Donggala and this is extremely worrying. There are more than 300,000 people living there. This is already a tragedy, but it could get much worse.”