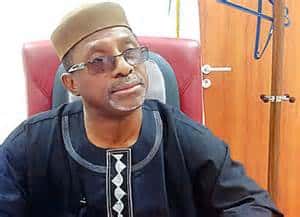 Senator Solagbade Olufemi Lanlehin (SOLAN), has formalized his intention to run for the governorship seat of Oyo state on the platform of the African Democratic Congress (ADC).

He led the team to meet with members of the State Executive Council of the party at the party secretariat along Old Ife road, Ibadan, while assuring that he will continue to support and be loyal to the party, while affirming his strong belief in the capacity of the party to take over governance in the state come 2019.

In his words, “our party is pro-people; with the welfare of the people our major concern, the handshake which symbolises mutual cooperation, our symbol, and particularly, with the pitiable state that the current government has taken governance to in the state, our people are willing, able and ready to change this change.”

While praising the courage, steadfastness and loyalty of party members, especially their commitment and service, which has resulted in the huge popularity the party has achieved in no short time, he promised them, and indeed the people of Oyo State, a government that is compassionate and caring, come 2019.

Reacting, the State Chairman of the party, Dr. Hammed Ayinla praised Senator Lanlehin for being forthright, and loyalty to the party.

He assured him that the party will provide a level playing ground for all aspirants, with the best aspirant emerging at the end of the day.

Also, the State Secretary, Alh. Wasiu Emiola praised the gentlemanly disposition of Senator Lanlehin, asserting that by the grace of God and the support of the good people of Oyo State, ADC would form government in Oyo State come 2019. “This picture we’re taking today, would be hung on the walls of Government House, and be remembered for good when we form government next year,” he prayed.