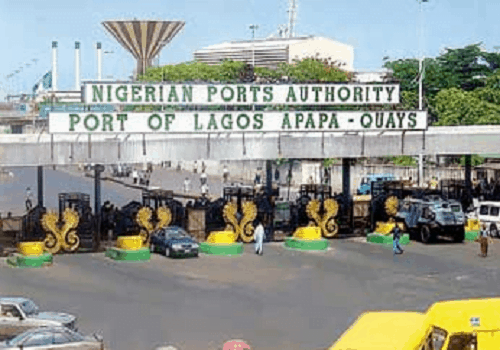 The management of Nigerian Ports Authority (NPA) says due process was followed in the award of a dredging contract to Dredging International Services Nigeria Limited.

Dredging Atlantic Nigeria, the company that lost out in the bidding process, had alleged that the directors of Dredging International Services had been convicted of a crime in Switzerland, effectively disqualifying the firm from bidding for contracts in Nigeria.

But NPA said investigations have been carried out by the Economic and Financial Crimes Commission (EFCC) as well as the Bureau of Public Procurement (BPP) have have found no criminal records against the directors of the Swiss company.

Dredging Atlantic also said there was conflict of interest, as they pointed out that Hadiza Bala Usman, the NPA MD, is on the board of Bonny Channel Company (BCC), which manages the channel.

However, the NPA management explained that BCC ia a joint venture in which 60% is owned by NPA and the MD automatically is a member of the BCC board.

NPA urged Dredging Atlantic to stop ging to the media, but rather approach the court if it feels there were illegalities in the award of the contract.

"The company that has continued to promote this extensive blackmail of the NPA is part of the consortium whose contract was terminated for having claimed to execute works of $34.6mill in the Calabar Channel out of which $12.5mill has been paid without evidence of work done. The Nigerian Government is currently in court with this consortium seeking for the refund of the Authority's $12.5mill for work claimed to have been done without evidence," the statement said.

THE FULL STATEMENT
Award of Escravos Contract: We followed due process

The attention of the Management of the Nigerian Ports Authority has been drawn to allegations of fraud being made against it by companies that lost out in their bid to secure the contract of the dredging of Escravos Bar in Warri.

The Authority has maintained a dignified silence on the allegations until now as a result of the confidence that all processes as enumerated in the Procurement Act, 2004 were followed in the award of this contract and that if indeed, the said entity had any valid grounds for protests, the law courts, rather than newspapers, where they have continued to peddle lies against the Authority, would be their recourse.

However, after due consideration of our obligations to be accountable to the people of Nigeria that we serve, the Authority has decided to provide the following information in response to the spurious allegations and campaign of calumny being spread in the media.

In addition to that, all procurements by the Authority is subject to the supervision/approval of the Bureau of Public Procurement (BPP) and the authority received the necessary approvals before going ahead with the award of the contract for the dredging Warri Channel.

All arithmetic computations so done by the Authority are in line with the PPA which so permits for the procuring entity to do such and consequent documentations of the computations were submitted to BPP for no objection which was obliged.

The Authority, upon receipt of the petition alleging that Dredging International Nigeria Limited had been convicted by a law court in Switzerland, sought the legal counsel of the Office of the Attorney General of the Federation and requested an investigation of the petition by the Economic and Financial Crimes Commission (EFCC).

In addition to this, although Dredging International Nigeria Limited provided us with a sworn affidavit in support of claims that they were different from the company that was so convicted, the Authority engaged a legal practitioner who embarked on an independent investigation of the petition and the claims of the company.

These investigation revealed that allegations that Messers Dredging International Services Nigeria Limited had been convicted in a law court in Switzerland for corrupt practices involving some officials of the Nigerian government including the NPA were incorrect. The Company so convicted in the Swiss Court is Dredging Cyprus Ltd which is a co-subsidiary of DISN. The two companies have different legal personalities as so recognized by the provisions of the Companies and Allied Matters Act (CAMA), 2004. The conviction of a subsidiary company indeed is not the conviction of all companies within a group of companies. In addition, none of the directors so convicted for complicity by the court in Switzerland is on the board of Dredging International Nigeria Limited. The result of these investigations were made available to the BPP.

Nevertheless, the BPP itself set up an independent investigation of the petition and came to the conclusion that the company was eligible to participate in the bidding process.

There have also been allegations of conflict of interest coming from the fact the Managing Director of the NPA alongside some of the Directors are on the board of Bonny Channel Company, a joint venture set up as a long term structure for the continuous management, maintenance and provision of navigational aids of the Bonny channel with some Directors of the awardee. But these directors are on the board of the BCC on the strength of their current appointment. The NPA is chair of this JV by virtue of its ownership of 60 percent shareholding in the Special Purpose Vehicle (SPV) and our directors do not have any private interests in the company.

The other thing to say is that the company that has continued to promote this extensive blackmail of the NPA is part of the consortium whose contract was terminated for having claimed to execute works of $34.6mill in the Calabar Channel out of which $12.5mill has been paid without evidence of work done. The Nigerian Government is currently in court with this consortium seeking for the refund of the Authority's $12.5mill for work claimed to have been done without evidence.

The Authority urges the good people of Nigeria to disregard this attempt to drag it in the mud by an organisation, which is surely still dazed by our audacity to terminate the Calabar Channel contract and take them to court for the refund of monies collected.

We reiterate our commitment to transparent operations for the ultimate benefit of the Nigerian economy and thank all Nigerians for their support.