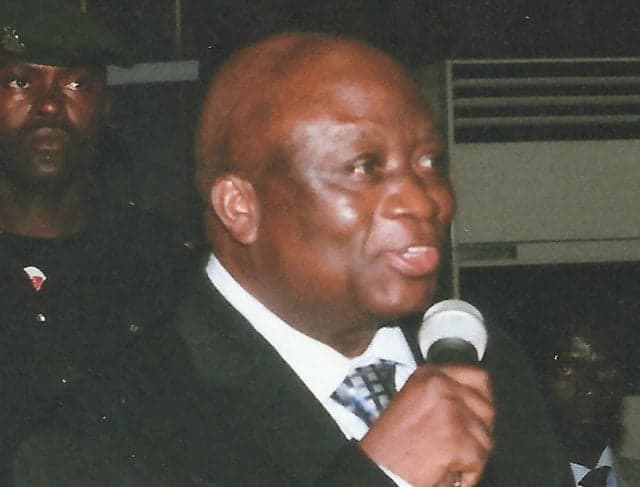 I Defected To PDP To Support Governor Ortom

Professor Jerry Agada, the former Minister of Education under the late Umaru Musa Yar’Adua led administration and Chairman Benue State Civil Service Commission, has defected from the All Progressives Congress to the the Peoples Democratic Party.

Agada, during the weekend, officially resigned his membership in APC, and joined the Peoples Democratic Party, in his ward 1 Orokam district of Ogbadibo LGA of Benue state.

He stated that his decision was drived at joining Governor Samuel Ortom in PDP to move the state forward, stating that it is required of him to lead his people to the best political platform, which he said his PDP.

Agada commended the PDP leadership and members in the ward for their consistency and efforts to stand for the party.

Hon. Simon Anyebe, the Local Government PDP Publicity Secretary, in a statement revealed that Prof. Agada was the first prominent politician to have decamped to PDP in the ward, and in line with the party constitution.

He described the action as a reflection of true democrat, as he commended Prof. Agada and his disciples for returning to his political family, the PDP.