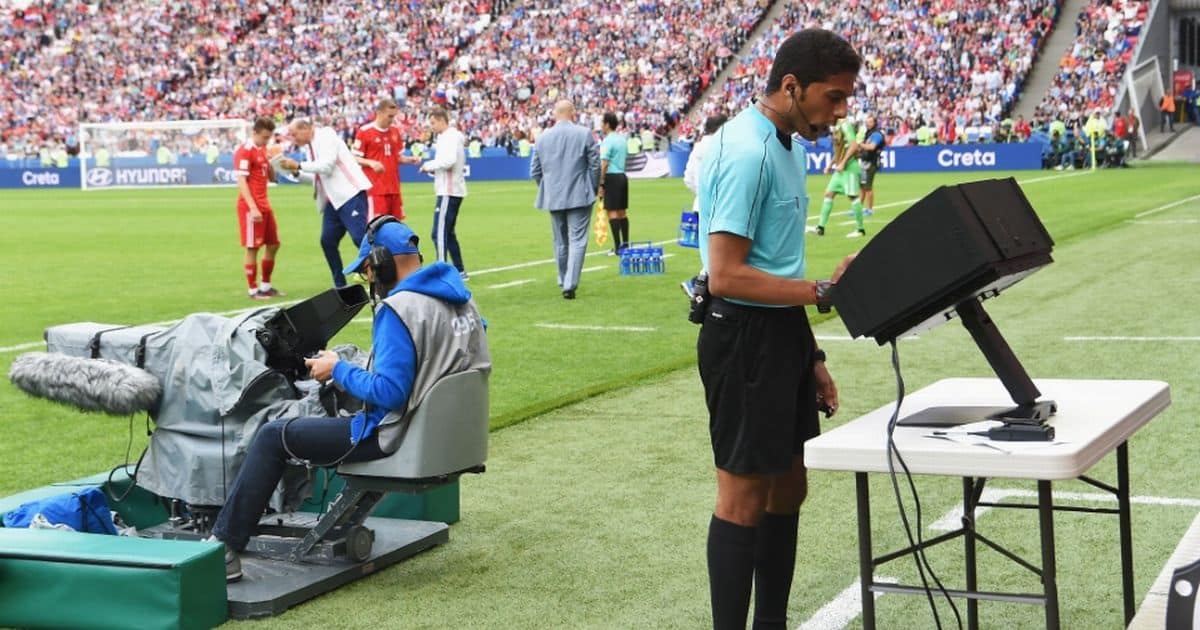 On Friday in Moscow, the head of FIFA’s Referees Committee, Pierluigi Collina, has revealed the FIFA, world Football Body was satisfied with the officiating at the 2018 FIFA World Cup so far.

The Former Referee further disclosed that the Video Assistant Referee (VAR) introduced for the First time in the world cup in Russia have been tremendously helpful to the game.

However, some players have expressed their dissatisfaction regarding the introduction if the technology, while others have praised the technology.

“Ninety-five per cent of the decisions taken initially by referees had been correct and this has been raised to 99.3 percent, thanks to the intervention of VAR.

“And, we would have preferred to say 100 per cent but 99.3 per cent is something that is very, very close to perfection.

“I think that 99.3 percent accuracy is an acceptable figure after these 48 matches,” he told reporters at a media briefing on refereeing at the competition.

He added that 335 decisions had been checked in the 48 group stage matches and there had been 17 VAR reviews.

“Fourteen of them had been on the field, while three were by the VAR assistants,’’ the former World Cup referee said.

Collina, further revealed that the VAR takes an average of 80 seconds to come to a decision.

“The VAR prefers to spend five or 10 seconds more to be very, very sure,” Collina said.

“Accuracy is very important even if it costs 10 seconds, the important thing is to achieve the correct result.”

“After 48 games, we haven’t had a single scandal, and that’s very important,” he said.

A screen was set up and reporters were able to hear the conversations between the video and on-pitch officials.

Collina said the goal could have been awarded without a pitchside review.

“It was a good idea to make an on-field review to show that the incident had been checked by everyone,’’ he said.