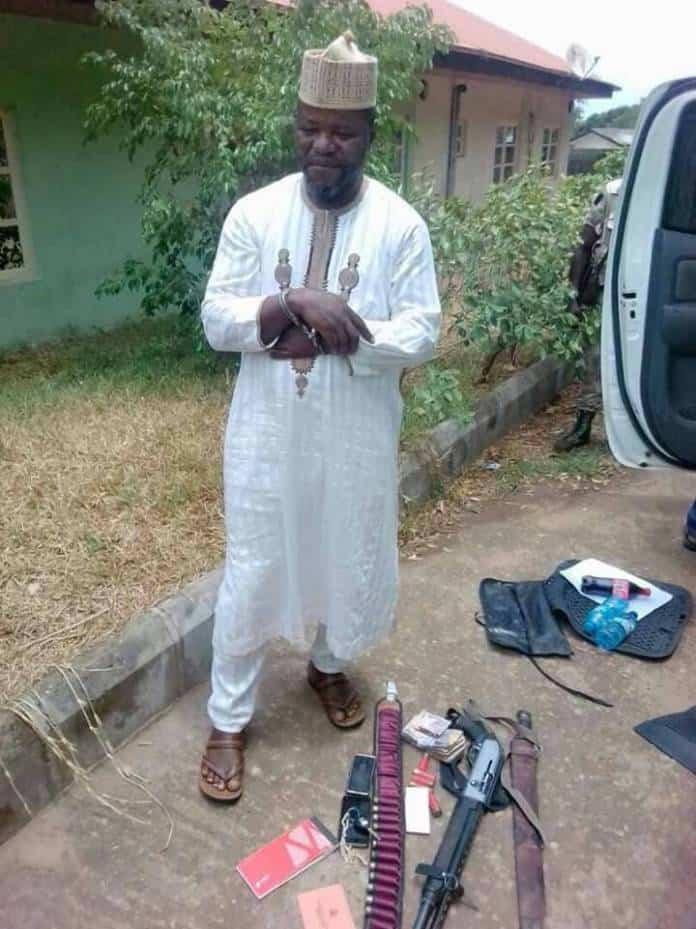 As part of efforts by security operatives to rid Nigeria of criminal elements, the combined troops of 707 Special Forces Brigade, Nigeria Police and the Department of State Security Services in Makurdi have arrested a key Boko Haram suspect known as Aminu Yaminu nicknamed Tashaku.

According to the assistant Director Army Public Relations Olabisi Olalekan Ayeni who revealed this through a press statement, Tashaku Aminu is believed to have masterminded most of the recent attacks in Benue State.

Following an intelligence report, it was gathered that Aminu has concluded plans with his cohorts in Bauchi, Borno, Yobe and Nasarawa states to launch a major attack on innocent citizens in Benue State.

As earlier stated, Nigerian Army will ensure enemies of peace in the state are brought to justice.

Nigerian Army encourages all law abiding citizens to go about their lawful businesses without fear.

They should also oblige the Nigerian Army and other security agencies with timely information that could lead to the arrests of criminal elements in our society.