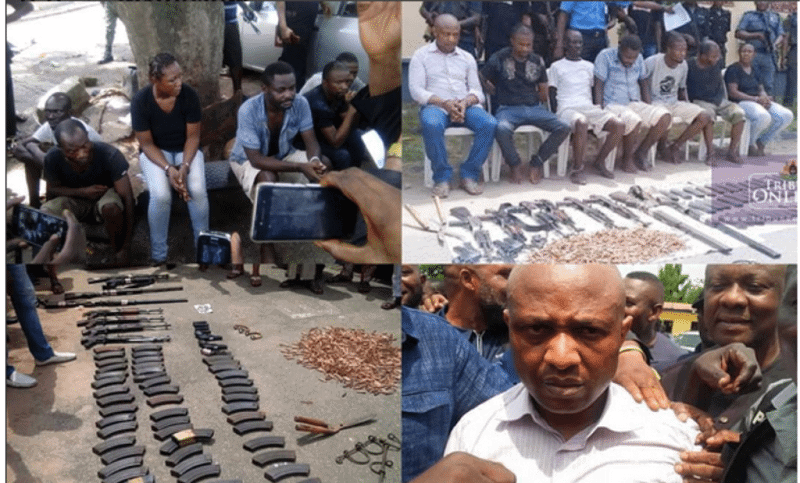 Suspected Kidnap kingpin Chukwudumeme Onwuamadike (a.k.a Evans)‘s attempt to boycott his fifth arraignment in court has been dismissed.

Justice Adedayo Akintoye of the High Court in Igbosere yesterday upheld the argument of the Director of Public Prosecutions (DPP), Titilayo Shitta-Bey, that the charge disclosed a prima facie case against the defendant.

The judge held that Evans’ claim that the five-count charge of conspiracy, kidnapping and attempted murder was “grossly defective, repetitive and an abuse of court processes” was without merit.

The defendant’s application to quash the charge was made on May 25, through his former counsel, Mr. Olukoya Ogungbeje, who withdrew his representation on June 13, citing personal reasons.

Ogungbeje was replaced by Mr. Noel Brown, who announced his appearance for Evans.

According to the charge In September 7, 2015 the defendants and others at large  allegedly conspired and kidnapped Chief James Uduji, collected a ransom of $1.2 million dollars and shot him on the shoulder while trying to kill him.

They also allegedly fired shots at Mr. Donatus Nwoye, which hit him on the hand.

The court heard that they also shot Mr. Jereome Okezie on the hand and head.

The offences, according to the prosecution, contravened Sections 230 (a) and 411 of the Criminal Law of Lagos State, 2015.

The defendants pleaded not guilty.

Justice Akintoye remanded the defendants in prison and adjourned till September 13 for trial.