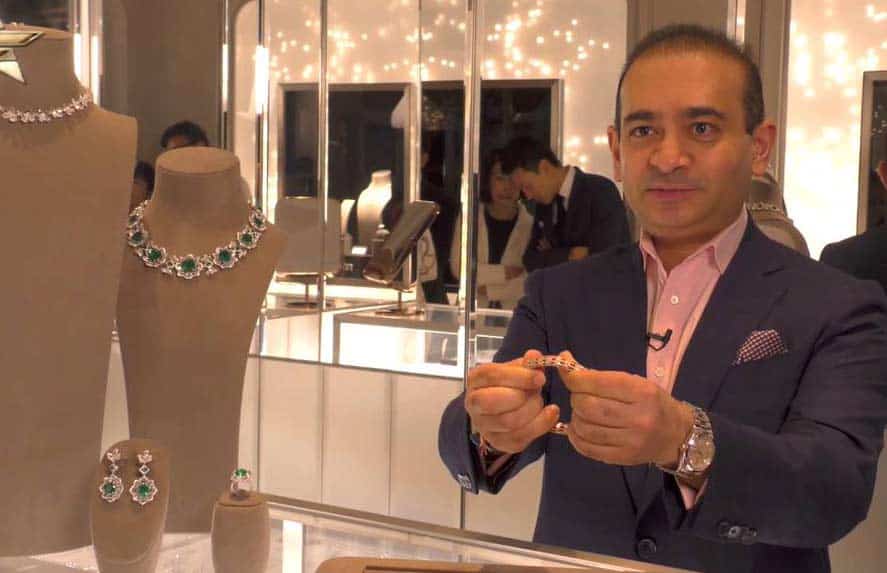 Indian Billionaire Jeweler Fled After Been Alleged Of Bank Fraud

A report making rounds on Monday, has it that Nirav Modi, Indian billionaire jeweler, who is wanted over an alleged massive bank fraud, has fled to Britain where he is seeking asylum.

Report has it that the 47 year old billionaire has been on the run since the scandal broke in February, rocking India’s corporate world.

The Financial Times newspaper cited officials in India and Britain as saying that Modi had sought asylum in Britain for what he called “political persecution”.

It comes as India’s government seeks the extradition of liquor tycoon Vijay Mallya over unpaid loans to his beleaguered Kingfisher Airlines after he absconded to Britain in 2016.

This figure is said to be just a part of the total losses.

PNB said in February that Modi and Choksi had defrauded it by raising credit with international branches of other Indian banks, using illegal guarantees provided by rogue PNB employees.

Investigators have arrested 25 people for enabling the defrauding of the bank with forged documents.

Modi, the third generation of his family to go into the diamond trade, is worth $1.73 billion according to Forbes, placing him 85th on India’s rich list.

His high-end eponymous Nirav Modi brand has stores in several of the world’s major cities and boasted of celebrity clients including Watts, Winslet, and Bollywood star Priyanka Chopra.

India’s government is trying to reduce the crippling debts of the country’s embattled state banks, including PNB.

It recently announced a $32 billion recapitalisation plan to help them clean up their books ahead of the general election in 2019.