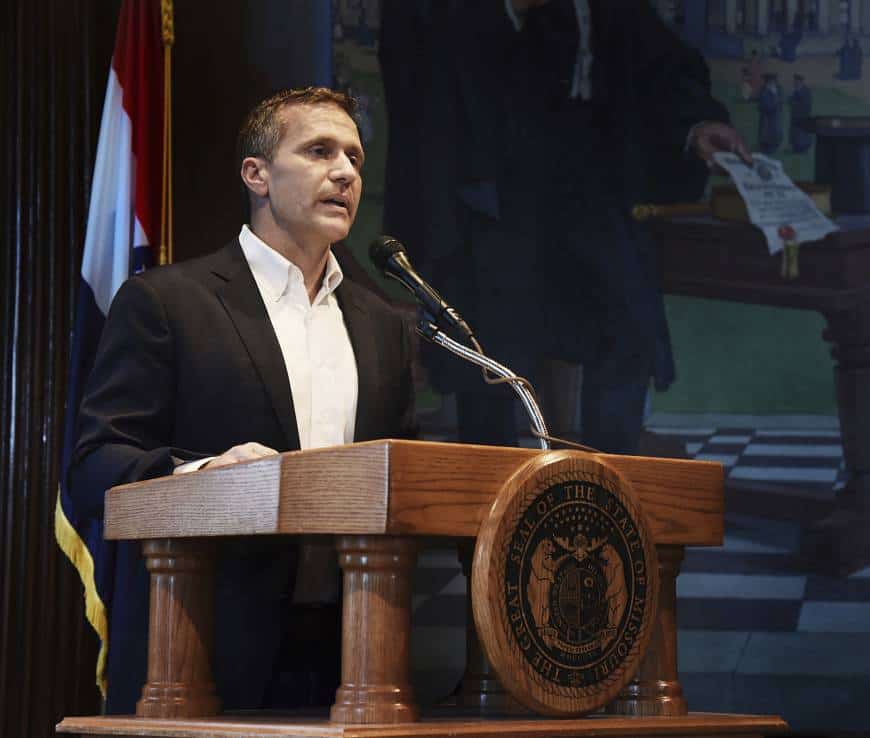 Missouri Governor, Eric Greitens has promised to resign as the state lawmakers weighed his impeachment amid allegations of sexual misconduct and campaign-finance violations.

In a defiant and emotional statement to the media in the governor’s office, the onetime rising Republican Party star denied breaking any laws but said the pressure of multiple investigations by prosecutors and lawmakers had taken a toll.

“This ordeal has been designed to cause an incredible amount of strain on my family,” Mr. Greitens said. “It’s clear that for the forces that oppose us, there’s no end in sight. I cannot allow those forces to continue to cause pain and difficulty to the people that I love.”

Earlier Tuesday, a Cole County judge ruled that the former Navy SEAL must comply with subpoenas from a state House committee seeking information about his campaign fund and secretive donations given to the pro-Greitens nonprofit called A New Missouri.

The panel’s probe comes during a special legislative session to weigh impeachment.

The governor said he would step down at 5 p.m. on Friday. Lieutenant Gov. Mike Parson, also a Republican, will take over.

Missouri’s GOP-controlled House leadership applauded the governor’s decision, saying he “has put the best interest of Missourians first today by choosing to resign.”

The resignation ends a month long scandal that revealed detailed and tawdry sexual encounters between the governor and a woman with whom he was having an affair.

Mr. Greitens has admitted the affair but said that it was consensual and that he didn’t break any laws.

He has been fighting charges since the beginning of the year over an affair he had with a hairdresser before he was elected governor.

In January, after the affair came to light, Mr. Greitens and his wife, Sheena, released a statement saying the couple dealt with the affair privately and honestly. His wife said she had forgiven him and asked others to forgive him as well.

The attempts to keep the affair separate from Mr. Greitens’s political future had limited success.

Mr. Greitens was indicted in February for a felony invasion of privacy charge after allegedly taking a nude photo of the hairdresser without her permission and transmitting it on an electronic device.