The Peoples Democratic Party (PDP) challenges the Presidency and the All Progressives Congress (APC) to immediately account for the over N10 trillion public fund allegedly stolen by APC leaders and members of the Buhari Presidency cabal.

The APC and Presidency have been playing saint and pointing fingers while their officials are having field day frittering trillions of naira to finance their opulent lifestyles and political interests, even under the watch of the African Union (AU) Anti-Corruption Champion.

The PDP asks the Presidency to address Nigerians on the leaked Memo detailing corrupt oil contracts to the tune of N9 trillion ($25billion dollars) at the Nigerian National Petroleum Corporation (NNPC) and the Ministry of Petroleum Resources, which are under President Muhammadu Buhari’s direct supervision as Minister of Petroleum Resources. 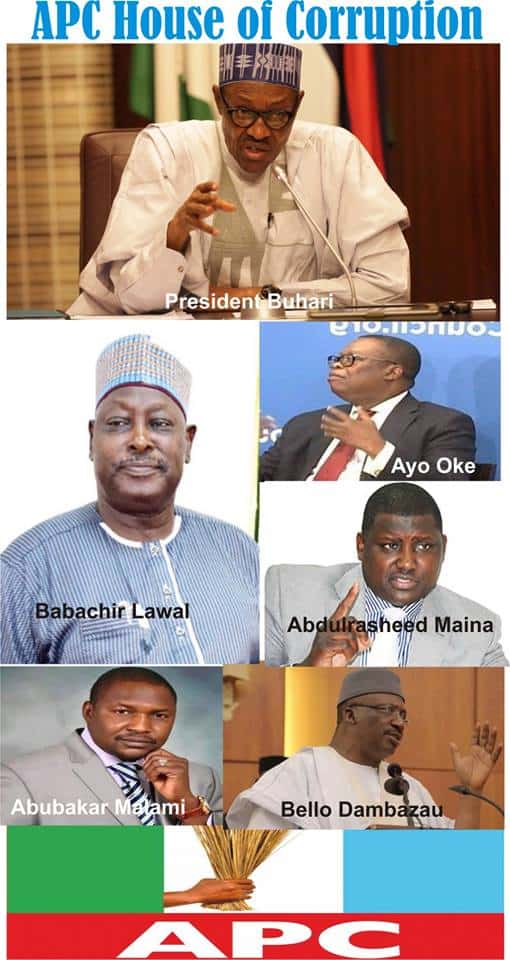 The PDP also challenges the APC and the Presidency to come clear on the widely reported stealing of N1.1 trillion (USD 3.5bn) worth of crude oil by APC interests operating with seven ghost companies.

This is in addition to the looting from the Treasury Single Account (TSA) evidenced in the reported stealing of N10 billion National Health Insurance Scheme (NHIS)’s account in the TSA, as well as revelation of the frittering of fresh N25 billion under questionable “deals”.

Similarly, the PDP demands that the APC and the Presidency address Nigerians on the widely reported stealing of N18 billion Internally Displaced Persons (IDP) intervention fund as well as the source of the N671 million allegedly stolen from the APC account by some of its national officers.

Furthermore, the PDP wants the Presidency and the APC to explain to Nigerians why no serious panel of enquiry has been set up to address the issues of abuse of rights, extra-judicial executions, killings and bloodletting in various parts as catalogued by various international bodies.

The PDP notes that the APC has become synonymous with violence, deceit, hardship, hunger and starvation and can no longer be trusted as a vehicle of national cohesion, economic prosperity and the unity of Nigerians.