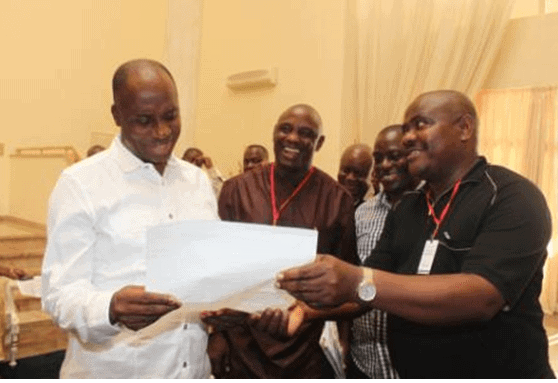 I Have Nothing Personal Against Amaechi, Says Wike

I Have Nothing Personal With Amaechi – Wike

Governor Nyesom Wike of Rivers State has once again opened up on the relationship with his predecessor, Mr. Rotimi Amaechi, who also doubles as the Minister for Transportation upon governing the oil-rich state since 2007 to 2015, seems not to be on the same page with Governor Wike.

Wike, who briefed journalists in Port Harcourt, the state capital, on his administration’s strides three years after assuming leadership insists that he has nothing personal against Amaechi.

“I have no personal problem (with Amaechi), it’s just that people want to cause a problem in Rivers State,” he said on Wednesday.

“I won the election in 2015. Of all the manipulation they did, what did they achieve? I don’t have any problem. Somebody said I should settle, what am I settling? Is it a personal thing?”

He, however, criticised some politicians for not allowing the people of the state choose who governs them as their leader.

He added, “You have done your own eight years, let another person finish and go. Must you continue to dictate who is the governor of Rivers State?

“Why are you taking it too personal. Look at what is happening in their party. Somebody cannot have an ambition. If you have an ambition, it becomes a problem. You become disloyal, what kind of system are we in?”