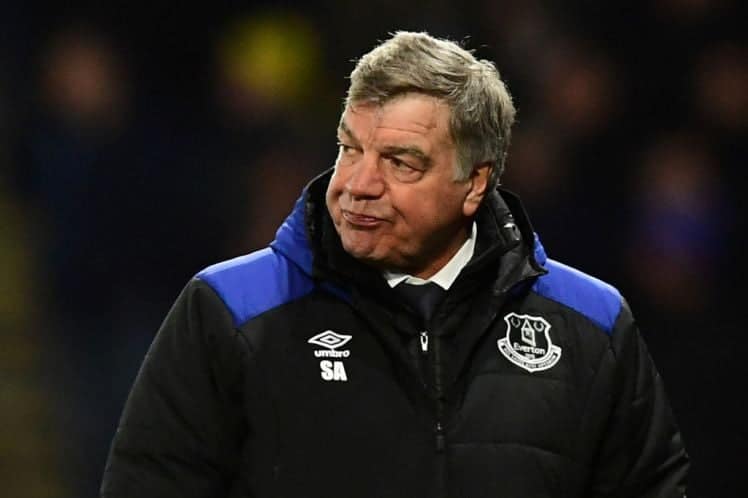 Everton have confirmed the departure of Sam Allardyce after just seven months in charge.The former England manager was brought in as a rescue mission after Ronald Koeman’s spell in charge tailed off alarmingly.

But despite guiding the Toffees to safety, Allardyce became unpopular among fans culminating in a walk-out as their season ended.

So far there have been chants of..

"Your just a fat David Moyes"

"Your getting sacked in the morning"

By both sets of supporters.

In a statement, the club indicated they sacked Allardyce to pursue ‘a longer-term plan’. The former England manager knew it was coming as talks were planned with majority shareholder Farhad Moshiri.

The outcome of those conversations were swiftly revealed.

“Everton Football Club can confirm that Sam Allardyce has left his role as manager,” read the statement.

The club’s newly appointed chief executive Denise Barrett-Baxendale added: “On behalf of the Chairman, Board of Directors and Mr Moshiri, I’d like to thank Sam for the job he has done at Everton over the last seven months. Sam was brought in at a challenging time last season to provide us with some stability and we are grateful to him for doing that.

“However, we have made the decision that, as part of our longer-term plan, we will be appointing a new manager this summer and will be commencing this process immediately. Again, we’d like to place on record our sincere thanks to Sam for his work with us over the last few months and wish him well for the future.”

Pointers reveal Everton may now pursue former Watford manager, Marco Silva, although there are complications as his ex-club will seek compensation despite sacking him in January.

Sam Allardyce will be sacked as Everton manager within the next 48 hours and Marco Silva has emerged as the number one pick to succeed him. (Source: Daily Mirror) pic.twitter.com/FPDTCYzpSM