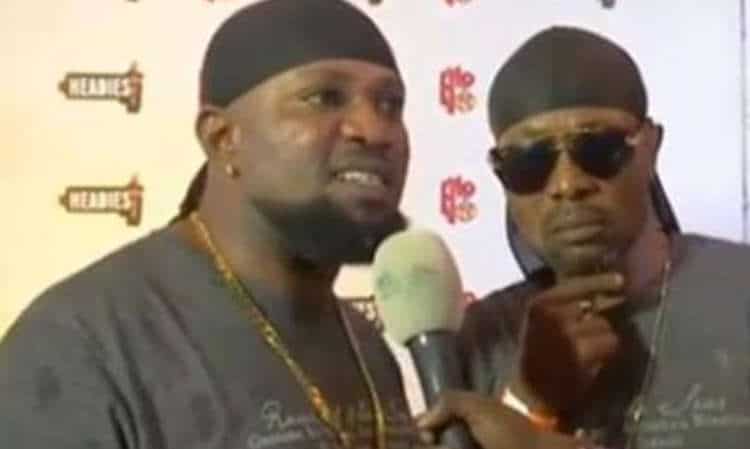 The singers while speaking, stated in pidgin English, that they were angry at the step of the singer and also added that he owes them some cash.

The singer had earlier released a single which he dubbed “Jogodo” which was rumoured to be a song featuring Canadian rap mogul, Drake, with report having it that the song as far back as 2001 has been sang by the Ghetto group singers, Danfo Driver.

Reacting to this, the group singers said, “Tekno owes us… Tekno has gotten us upset and if we handle him, he would not like us.

“You just started singing somebody’s song. He is lucky because we were not in Lagos but now we are in Lagos and it is because of Tekno.”

The Pidgin transcription, “Tekno dey owe us money o… Tekno dey make us vex and if I catch am e no go like me… you just come dey carry pessin song dey go dey sing… God save am because we no dey Lagos, now set we don enter Lagos, na because of Tekno we don come here… if I catch am…“