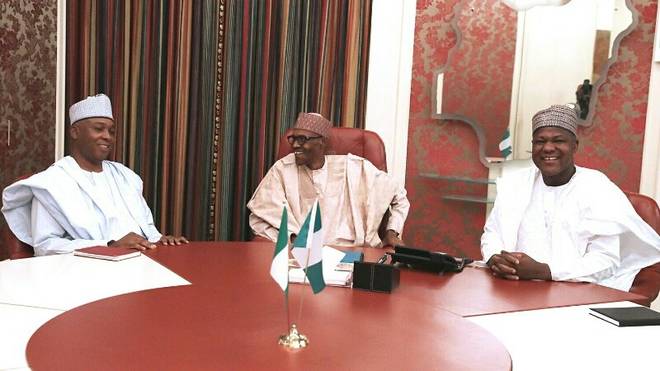 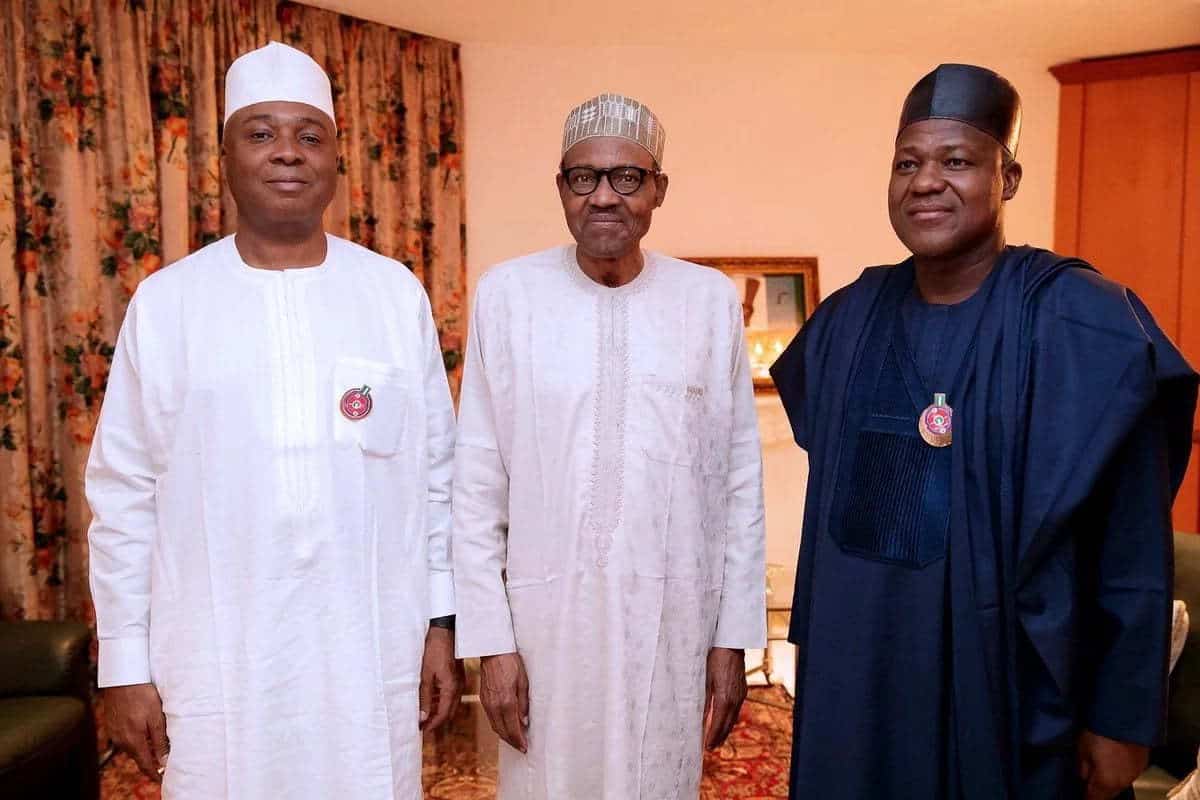 President Muhammadu Buhari shortly after returning  to Abuja from his hometown, has began  meeting behind closed doors with the President of the Senate, Bukola Saraki; and the Speaker of the House of Representatives, Yakubu Dogara.

The meeting started around 2.p.m when the Senate President, Bukola Saraki and Speaker of the House of Representatives, Yakubu Dogara arrived the President’s office.

Naija News learnt that discussions at the meeting may center around the ripples generated by the withdrawal by $496m for the purchase of Super Tucano aircrafts without the approval of the parliament, the delayed passage of the 2018 budget, as well as the continued detention and persecution of Senator Dino Melaye

The meeting was still in progress at the time of filing this report.