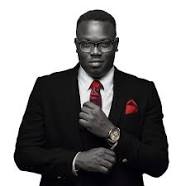 Popular Nigerian singer, Dr Sid has allegedly been harassed by operatives of the  Special Anti-Robbery Squad (SARS) on Wednesday in Lekki, when he was mistaken for an internet fraudster.

In an eyewitness, video with Instablog9ja,  the singer was stopped on the suspicion that he is a “Yahoo boy” an internet fraudster.

The eyewitness added that the incident occurred on Freedom Way, Lekki Phase 1; “after routine check , they found nothing implicating , and resorted to seizing the phone of the driver. Little did they they know, that this person is Dr Sid. They insulted and attempted to assault him physically.”

“Thanks to ReekadoBanks and K-Solo who were there, before (Basketmouth) who was driving by saw them and stopped to know what was wrong. Then it dawned on the SARS operatives that these persons were not their ‘yahoo boy customers’ Ise baje,”

Meanwhile Dr Sid has not reacted  to the incident.