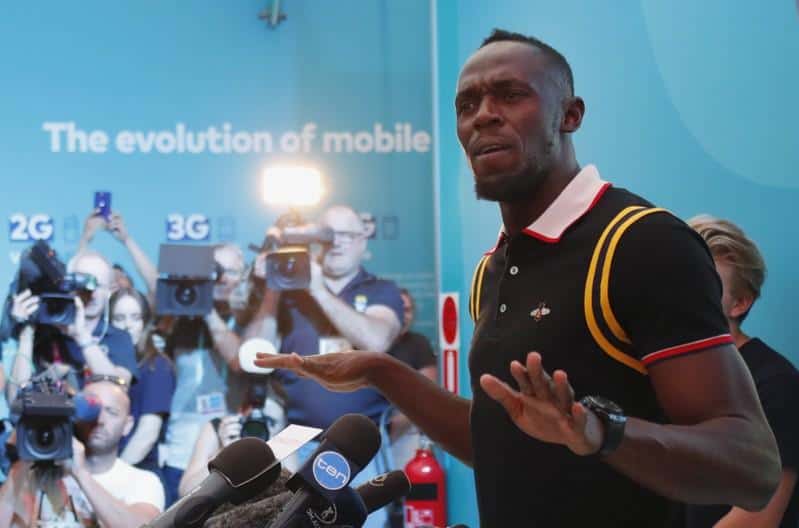 Usain Bolt, after retiring last year, is back at the Gold Coast Commonwealth Games as a spectator on Thursday years after winning the gold medal at relay at the 2014 Commonwealth games in Glasgow.

Bolt who admitted that he still could not believe what he has achieved in his career is happy to avoid the perspiration and just act as an inspiration to others.

The former sprinter said he was focused, in the sporting arena at least, entirely on his nascent career as a footballer.

The 31-year-old’s jet-set lifestyle left him little time for the post-career blues.

“I sometimes with my best friend say, ‘Can you believe it, what we’ve done?’

“Because I’m from the rural area of Jamaica, the country, and I used to play football in the streets,” he told a news conference on the Gold Coast.

“I kicked around bottles, anything I could get my hands on, I’d run around in bare feet, at no point in time did I think I would be at this level.

“So for me it’s just amazing, sometimes I just sit back and be wowed because I’ve done so much.” he said.

“All the time I get messages (or) people see me. Not only track athletes or sports people, but just regular people, who say I’ve inspired
them to do well, to work hard, to be a doctor or just do better for themselves,” he added.

“For me it’s unbelievable, but I’m just happy to inspire people to be better, it’s just mind-blowing sometimes.”

A packed news conference room at an often near-deserted media center on the Gold Coast told its own tale of Bolt’s enduring appeal.

But he said he thought it would only be a matter of time before new talents came along to eclipse him.

“It’s not always going to be like this, but it’s going to take time,” he said.

“I’ve said it to a few athletes, this is your time. The sport definitely needs someone to step up and be that person. It’s a wide open field.