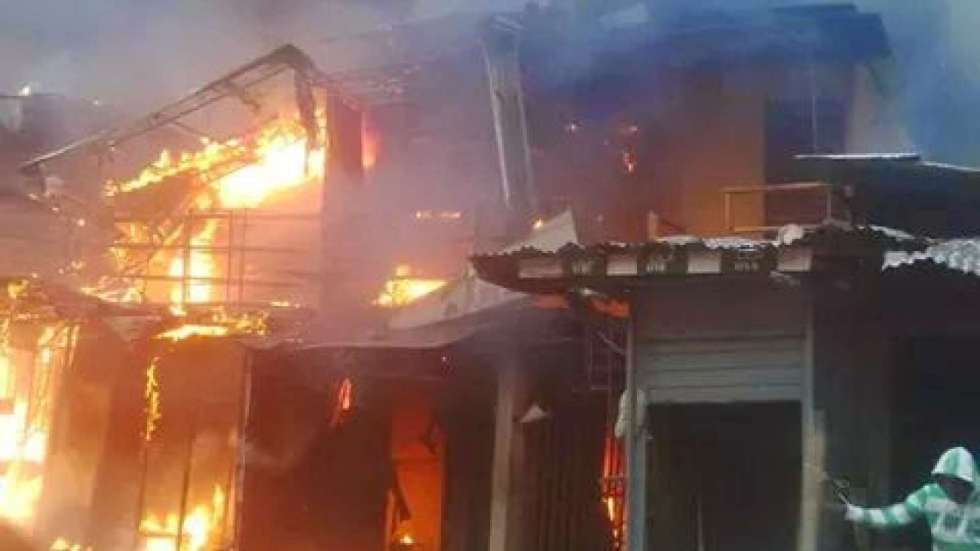 Liti, who disclosed this today, said the fire started around 1 a.m on Monday when the Kaduna Electricity Distribution Company (KEDCO) restored electricity.According to him, the complex of the church comprising two houses of Reverend and Associate Pastor, NYSC Corpers Lodge and a guest house were razed by the inferno.

He said, “there is no lost of lives or injuries but we lost property worth millions of naira and important things including our valuable documents.

“We thank God with the response of the state Fire Service, even though they came late, but they assisted in putting out the fire,” he said.

When contacted, the Deputy Director incharge of fire prevention and public enlightenment of the State Fire Service Department, Abdullahi Jibo confirmed the incident and appealed to members of the public to always ensure fire safety.

Jibo also called on the people of the state to use distress calls numbers of the department when ever there is fire outbreak.He reiterated that the state fire service was ever ready to act in saving lives and property as regards to fire outbreak.