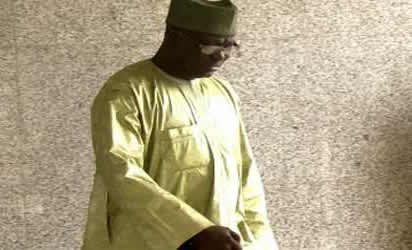 The Abuja Division of the Court of Appeal has overruled a ruling by the High Court of the Federal Capital Territory, Abuja,on a former official of the Police Pension Office, Yakubu Yusuf, for stealing N24bn pension funds.

The High Court of the Federal Capital Territory, Abuja, had ruled that the accused serve the sentence of two years imprisonment with option of N750,000 fine.

However, A three-man panel of the Court of Appeal headed by Justice Abdu Aboki, in a unanimous judgment, described the High Court’s sentence as unreasonable and substituted it with a total of six years’ imprisonment with an addition of N22.9bn fine.

Justice Emmanuel Agim, ruled that “the sentences levied” by the High Court “are clearly light and lenient ones.”

The judge explained that this allowed “the convict, who had admitted misappropriating or stealing N24bn, the option to pay the sum of N250,000 per count of offence in lieu of serving a prison term of two years for the offence,” to enjoy the huge balance he had in his possession.

He added that the “amount” of the sentences “is paltry, a pittance and unreasonably low.”

Justice Agim said “disproportionate to the amount stolen and therefore can comfortably and quickly be paid by the convict from the humongous amount stolen.”

He added that with the sentence, the convict would be left with “a huge balance of the stolen funds in his possession and without really causing him any pain of punishment.”

Justice Abubakar Talba of the Federal High Court in Gudu, Abuja, had in his judgment delivered on January 28, 2013 had sentenced Yusuf to two years imprisonment with an option of N750,000 fine.

Yusufu, had after pleading guilty to three of the counts preferred against him and others, was convicted and sentenced to two years imprisonment on each count with an option of paying N250, 000 fine on each of the three counts.
The convict had promptly paid the fine and walked free shortly after the judgment was delivered.

The Economic and Financial Crimes Commission had through its private prosecutor, Mr. Rotimi Jacobs (SAN), appealed against the High Court judgment.

He noted that there was no monetary value of the properties already forfeited by the convict to justify the light sentence imposed on him by the High Court.

“I hold that the sentence of fine of N250,000 in lieu of imprisonment for a term of two years for each offence is unreasonable, unjust, unfair, irrational, arbitrary, and contrary to judicially established principles as it is not the result of a judicious and judicial exercise of the trial court’s sentence discretion,” he said.