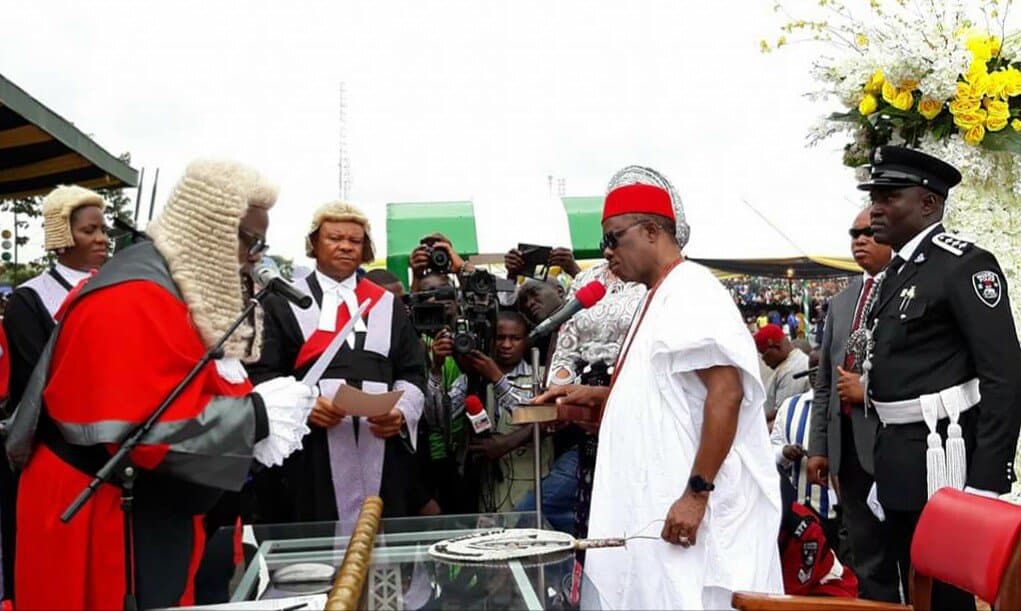 Governor Willie Obiano of Anambra has made his first set of appointments barely 24 hours after taking his oath of office for the second tenure. Naija News Understands

Obiano who was sworn in for a second term in office on Saturday, vowed to fight crime, saying there would be no hiding place for criminals in the state.
Former Secretary to the State Government, Professor Solo Chukwulobelu was reappointed, while a former senior special assistant to the governor,Mr. Primus Okilie was named the Chief of Staff to the governor. Former SSA on media, Mr James Eze was appointed the chief press secretary to the governor. The new appointees would be sworn in today by the governor. Naija News gathers

The governor was re-elected on November 18, 2017, on the platform of the All Progressives Grand Alliance.