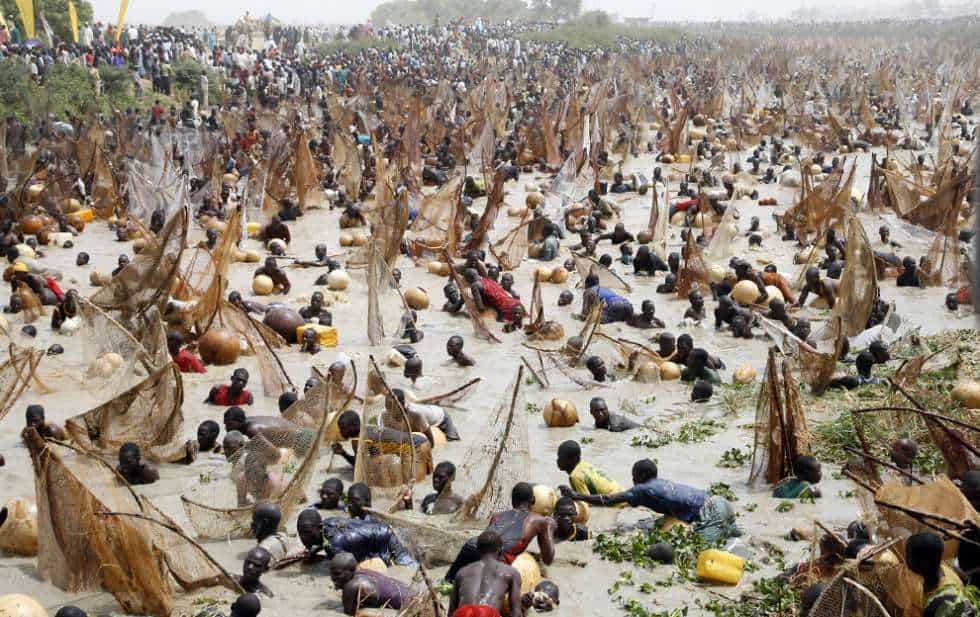 Palpable fear and anxiety has gripped the people and residents of Argungu, in Argungu Local Government Area of Kebbi State over the sudden and un-explained drying up of the famous Argungu river, Naija News understands.

According to a report by the the Daily Sun, residents of the Argungu town, woke up few days ago to the shocking reality that the river, popularly known as ‘Mayan Fada River”, had dried up while fishes natural to the river as well as those special species introduced into the river by the state government were all gone.

Governor Abubakar Atiku Bagudu of Kebbi, accompanied by the Speaker of the state’s House of Assembly, Alhaji Sama’ila Abdulmumini Kamba, Deputy Speaker, Muhammafu Buhari Aliero, Secretary to the State Government, Alhaji Babale Umar Yauri, and some other cabinet members have visited the site.

Worried about the sudden climate change which affected the river in the area as well as the condition of its natural habitats and the popular International Argungu fishing festival, Governor  Bagudu has directed the ministry of works to set machinery in motion to restore flowing of water and save fish population as well as other organisms from extinction.

“My administration would do everything necessary to bring back the Mayan Fada River to life to continue to serve the purpose of providing communities in Argungu Emirate with source of water for irrigation farming and fishing activities”, he said.

The Emir of Argungu, Alhaji Sama’ila Muhammadu Mera in his comments, told Governor Bagudu that the people were “Highly worried about this new phenomenon of dryness of the Mayan Fada River which we experienced for the first time in the history of the area for hundreds of years”.

“Fishes including Mammoth usually caught during the Argungu fishing festival were either dead or dying.”

He concluded by urging the state government to do something urgent to save the situation.