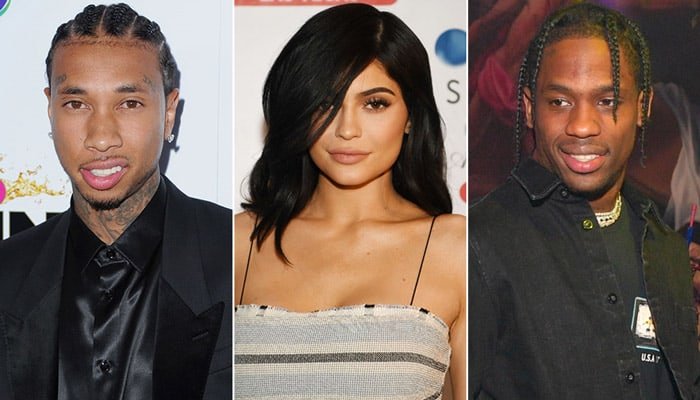 Though Travis Scott’s name is on Stormi’s birth certificate and he appeared throughout Kylie Jenner’s pregnancy video, there are still apparently some people out there who aren’t 100% convinced he’s the father.

Kris Jenner has finally reacted to the rumours that Tyga is the real father of Kylie Jenner’s daughter, Stormi. Ever since news broke that the reality star gave birth to her first child, baby girl Stormi, last month, some fans have questioned whether rapper Travis Scott is the real father.

Thankfully, Kris Jenner just shot down one theory that’s been making its way around the Internet since her daughter’s pregnancy rumors first began. Speaking with the Kyle and Jackie O. show on Sunday, the momager denied gossip that Kylie’s ex, Tyga, was the real dad.

“Tyga was chiming in saying maybe it was his baby, I thought, oh god, this is going to get messy” host Kyle said during the interview. He was likely referring to Tyga captioning a since-deleted screenshot of her pregnancy news with the comment, “Hell nah thats my kid.”

“Oh no, no no. I think that was just a bunch of silly rumors as usual,” Jenner quickly replied. “Business as usual on the Internet“.

Meanwhile, Kylie had no problem gushing over motherhood while answering questions from fans via Twitter on Sunday. She revealed in a series of tweets that her newborn hasn’t laughed yet, “but she smiles A LOT.”

‘That was a bunch of rumours’ @krisjenner on #Tyga being baby daddy pic.twitter.com/esoBPIl0Vz