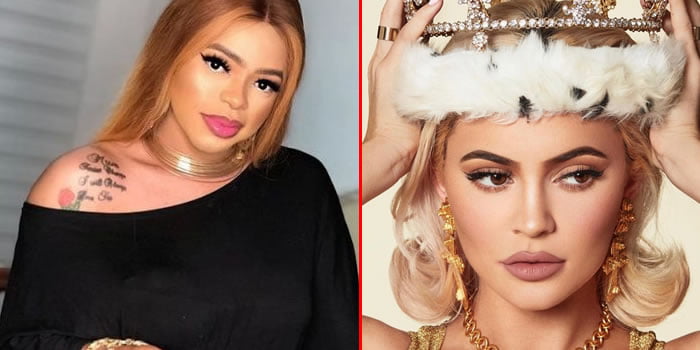 Controversial crossdresser, Bobrisky in his recent post claimed that he wants to be the like Kylie Jenner as he plans to venture into lipstick production.

Bobrisky who is known as Okuneye Idris Olarenwaju in a video shared stated that his lipstick production will be across the world. He said;

“I want to be the next Kylie in Nigeria, it would be called Bob listin”

Recall that he was in the news for impregnating Nollywood actress, Tonto Dikeh, who was reported to be four-month pregnant.

Naija News had earlier reported in an opinion article, why the entrepreneur is not gay.