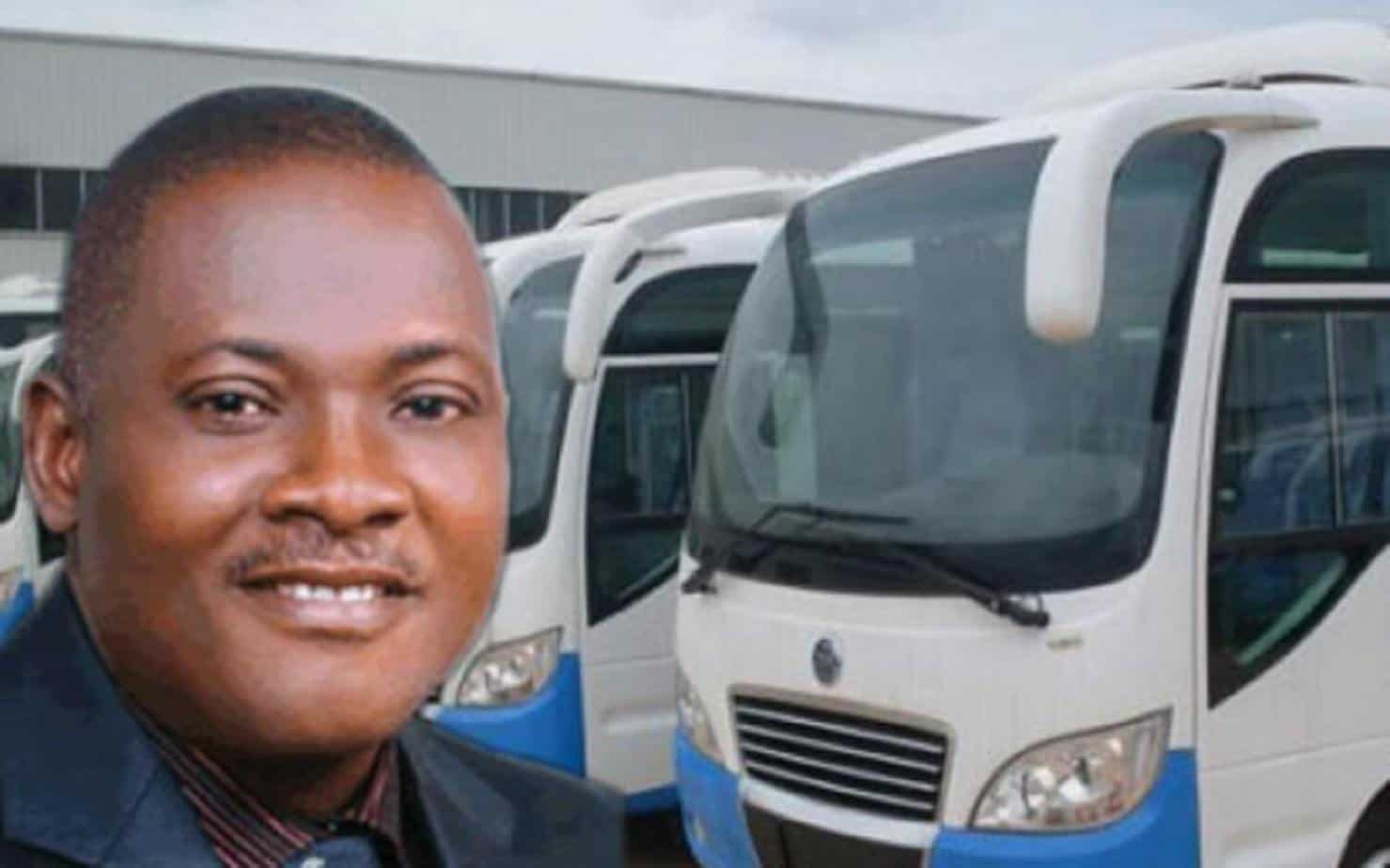 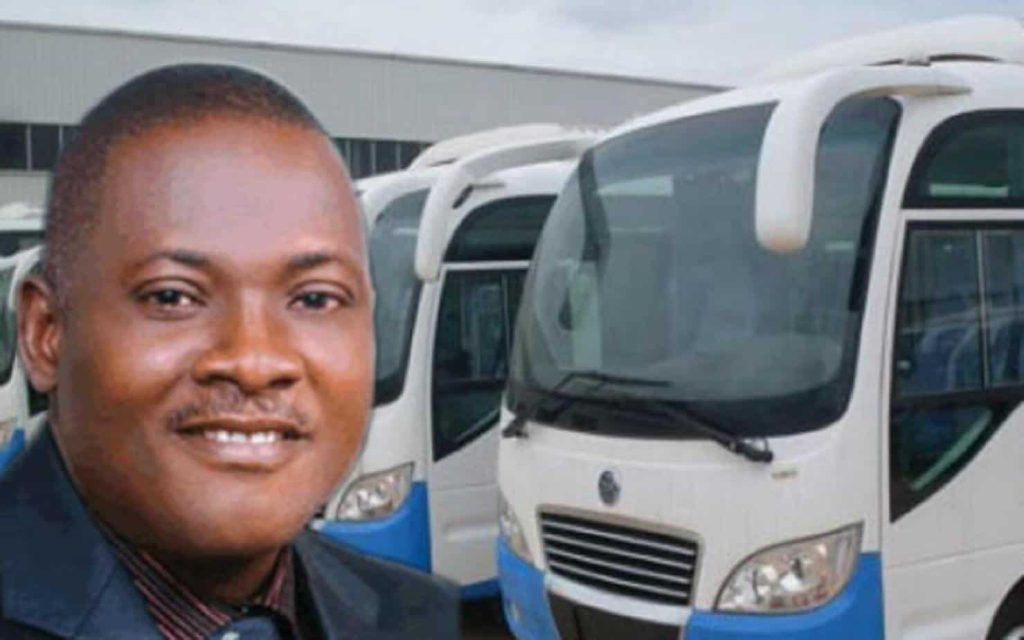 There have been many counter narratives on the reason why EFCC arrested Innoson and equally we have seen GTB response on its running battle with Innoson and his company Innoson Nigeria Ltd.

According to C.P Scott “Comments are free but facts are sacred”. Now that this fight has become an open issue and the public is yearning to know the truth concerning the issue Innoson has with GTB, I will in a three (3) part series of articles reveal to Nigerians and the world what really happened.

In a saner society, the company secretary of GTB should have resigned by now and apologize to the Board of Trustees and Shareholders of the bank, because every legal advice and decision it gave to GTB backfired, thereby putting the bank in harms-way.

The battle between Innoson and GTB started from a dispute between Innoson and customs when GTB decided to cry more than the bereaved by appealing a valid court ruling ordering GTB to pay Innoson judgment debt of N2.4B being the cost of his goods unlawfully seized and auctioned by The Nigerian Customs.

THE GENESIS OF INNOSON VS CUSTOMS COURT CASE

Innoson established the first indigenous motorcycle assembly plant in Nigeria and based on this effort, the Federal Government, through the Federal Ministry of Finance gave a concession to him to pay 5% on his imported motorcycle CKDs (Completely Knocked Down parts). The approval is in form of a certificate. The certificate runs for 12 months after which it is renewed.

Between October and December 2004, Innoson imported about 25 containers of motorcycle CKDs, his certificate was yet to expire. The certificate expiration was on 12th July 2005.

When the goods arrived in Nigeria, Innoson made efforts to clear the goods. He paid the required duty as calculated by COTECNA- the inspection agent and he was issued a Clean Report of Inspection (CRI) which showed the duty he was expected to pay.

After receiving the CRI from COTECNA, he paid the duty by issuing cheque to be drawn in favour of the Federal Government of Nigeria. His bank, GTB paid the money to the Federal government. And then he was issued with a Customs Revenue Receipt. The Receipt was issued by GTB that made the payment. The original copies were handed over to the customs.

After the payment of the duty, Innoson submitted all relevant documents to the Nigerian customs but the customs failed to release the goods. The goods were not released because they alleged that Innoson under paid the duty. The Customs said he was to pay 30% duty rate. When Innoson learnt of this, he referred them to the concession certificate which allowed him to clear his goods based on 5% duty rate.

In spite of showing the certificate to them, Customs refused to release the goods and showed his clearing agent a circular which didn’t mention the name of Innoson among the list of companies enjoying such concession.

Upon receiving the letter, Innoson protested by sending a written protest to the Minister of Finance. The Minister of Finance gave a directive through a letter to The Nigerian Customs to allow Innoson clear its goods. The Nigerian Customs then instructed their officers to allow Innoson clear its goods at the concessioned rate of 5%. The directive was also done in writing via a letter dated 13/12/2005.

After the submission of the documents, they still delayed in processing the documents. After the delay, Innoson was given approval to take its goods as overtime cargo through a written approval dated 1st Feb 2006, 2nd Feb 2006 and 9th Feb 2006 for the three bill of laden respectively.

Upon hearing that the goods had been sold by the customs, Innoson contacted its solicitors to write to the Ministry of Transport, Finance and the Comptroller-General of Customs which they did.

After sending the letter, the Minister of Finance invited Innoson to a meeting. At the meeting, Innoson was referred to the Chairman of the Presidential Special Committee on Port Decongestion and the Comptroller-General of Customs, the meeting between the three parties was held on 12th May, 2006 at Customs office in PZ Complex, Ikorodu Town, Lagos.

On 18th May, 2006, Innoson forwarded the documents requested for by the Assistant Comptroller General of Customs through his solicitors.

His containers never contained any contraband goods but contained motorcycle CKDs. He did not at any time abandon the containers containing the motorcycle CKDs at the port. He was never taken to court. Innoson was not aware that there was a court order to sell his goods. The Federal Government gave him a concession to pay less duty because he owns an automated assembly line and as a result of the promise to increase the local output. The assembly line had a workforce of about 750 workers.

The questions that remained unanswered include:

• Whether the Customs has the right to refuse the release of the goods as stated in the CRI? The CRI reflected the 5% concession.

• How long do goods stay before it is declared as an overtime cargo? Do goods stay in the port for 3 months and thereafter become overtime

• Were the Customs Officials actually carrying out their official duties or was there a conspiracy to destroy Innoson by some people?

• There was a time lapse between the period the goods were to be cleared. Innoson never appliedfor an overtime clearance at any time. His goods were never gazetted before they were sold.

Innoson tried without success to pay the duty stated on the CRI but was rejected by the customs. The customs insisted that Innoson must pay 30% but Innoson still referred the Customs to his concession certificate.

Even as an overtime cargo, there are procedures to be followed in selling it. These procedures were not followed. The usual procedure when there is conflict of figures for payment, a protest is lodged.

Innoson is not aware that any committee was set up to sell his containers. The customs equally did not advertise the sale of his container in any newspaper.

The procedure the presidential Special Committee on Ports and the Customs for selling good by auction is as follows;

(a) To notify the owner of their intentions to sell the goods by auction.

(b) To give notice of the intended auction sale to the public through newspaper publication.

(c) Set up a joint disposal committee to sell the goods by auction.

None of these provisions of the law was adhered to in auctioning his goods for sale. Therefore the Presidential Special Committee and Ports decongestion had no basis for auctioning Innoson’s goods after all genuine efforts by him to clear its goods.

Based on the damages that were incurred by the seizure and subsequent auction of his goods by the customs, Innoson through his solicitors sued the Nigerian Customs to the Federal High Court, Ibadan division with the following pleas;
1. Judgment for the sum of N1 billion

3. 22.5% on Judgment debt from the date of judgment until the liquidation of the debt

4. Judgment for any other claim as per the amended statement of the claim.

The trial court therefore ordered the Custom to pay Innoson the sum of N2.4B being the cost of his goods and damages incurred.

Furthermore, Innoson got a garnishee order from the Court ordering GTB to pay the judgment debt of N2.4B to him. GTB refused to pay this money.

Innoson had a loan he was servicing with GTB at the time he got the judgment. Innoson had expected that GTB would deduct their money and pay him the balance. The reason why GTB refused to pay Innoson his money to ease him off from the damages and loss he suffered was unclear to Innoson.

GTB decided to cry more that the bereaved by appealing the court ruling on the garnishee to the Court of Appeal, Ibadan Division.

However in a unanimous judgment, delivered on 6th February 2014, the Court of Appeal dismissed the appeal and affirmed the judgment of the trial Court and ordered the Defendant (GT Bank) to pay the said sum of N2.4B to Innoson.

THE QUESTIONS NIGERIANS SHOULD ASK GTB

1. Why did it not pay Innoson the Judgment debt as ordered by the court?

2. Does The Customs money ordered by the court belong to GTB?

3. With N10B of Customs money in GTB, why did it-GTB not pay this money, why did they decided to appeal the judgment since The Customs never pretested the judgment?

Cornel Osigwe is the Head, Corporate Communications of Innoson Group.