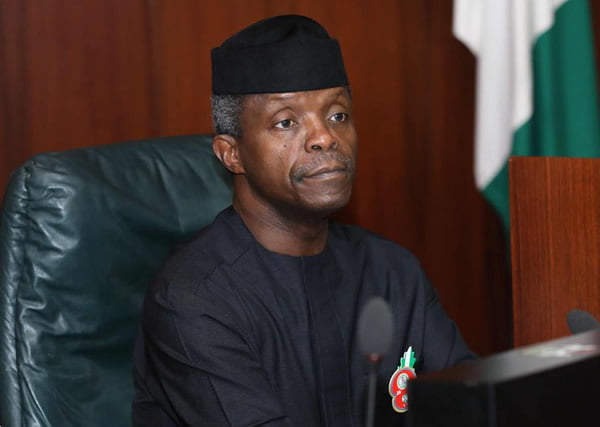 In company of VP Osinbajo were the Minister of Labour and Employment, Chris Ngige.

Osinbajo, who arrived the house in the late hours of Thursday morning.

Speaking to newsmen after the visit, Osinbajo said late Ekwueme “stood out as someone who was detribalized and understood that we are greater together than apart.”

He recounted the late Ekwueme’s role as the leader of the G-34 that challenged the military regime of the late General Sani Abacha.