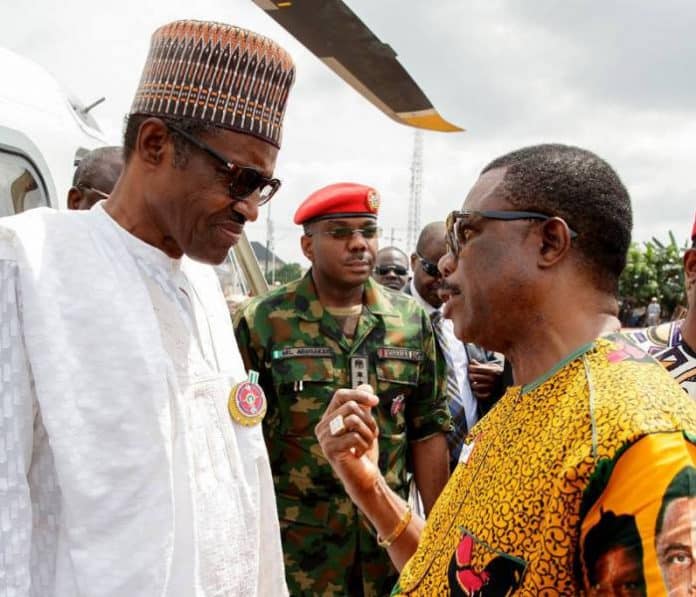 Despite the minor hitches observed in the just concluded Anambra elections, the election was adjudged by election observers as peaceful, orderly, free and fair and credible.

This, the Director-General of Voice of Nigeria and APC chieftain, Osita Okechukwu, attributed to President Buhari’s commitment to free and fair elections. Okechukwu decried the alleged arrest of his party’s chairman in Anambra State, Emeka Ibe, on the eve of the election. Such arrest would never have happened in previous administrations, Okechukwu claimed.

President Buhari – who had always complained of unfair treatments in elections most of his political career – sent a strong message before the elections when he ordered the reinstatement of Governor Willie Obiano’s security, after they were removed because of a flimsy excuse. This was a visible departure from the past.

For example, former Governor Chris Ngige had his security removed after he was abducted and attempted to castigate the powers at the federal level. A few days to the 2007 election, former Governor Ahmed Tinubu’s ADC was removed. The former speaker of the House of Representatives, Aminu Tambuwal, also suffered similar fate in 2014, after he fell out with the presidency. The list is endless. Nigeria’s security personnel always went against perceived opponents of the ruling party in electoral and political matters.

And many politicians depended on this kind of support to win elections. (Luckily, just as the vice president said last week, President Buhari doesn’t look like the kind of leader you could discuss personal and selfish deals with).

In fact, the 2015 startling disclosure of the purported Ekiti rigging tape showed how a person, who is in control of security at the centre, could use it for personal gains. Respected human rights lawyer, Femi Falana, argued that the reason the 2015 general election was postponed was because the military connived with the then PDP-led government to force it on the then INEC chairman when they discovered that the Ekiti rigging tape had exposed their antics. According to the lawyer, they planned to use these antics in the general election.

Though this claim might not have been substantially proven, the point still remains that Nigeria’s history of election militarisation—i.e. the excessive use of the army and police in the guise of ensuring peaceful elections — has not always augured well for the country.

But this was not the case in Anambra. The Police Service Commission has openly commended the members of the police force who were dispatched to Anambra.

Anyone who has observed elections in Nigeria would agree that the real commendation should go to President Buhari. This election is a plus for the president because he allowed the will of the people even though he would have loved his party to win. In Nigeria, the president’s body language dictates the direction the security forces go.

However, there is still much to be desired in our electoral processes. Cases where people are found with huge sums of money at polling units should be dealt with. Every stakeholder should come out openly to condemn and put to an end the unfortunate acts of voter inducement with plates of food and cash at polling units. No one should take advantage of the widespread poverty in the land to comprise our electoral processes.

Most importantly, the massive endorsement given to Governor Willie Obiano should motivate him to do more, in terms sustainable development in the state. It is heartwarming that the governor has the support of Professor Chukwuma Soludo, an erudite scholar and economist, who is also well-versed in the science of sustainable development.