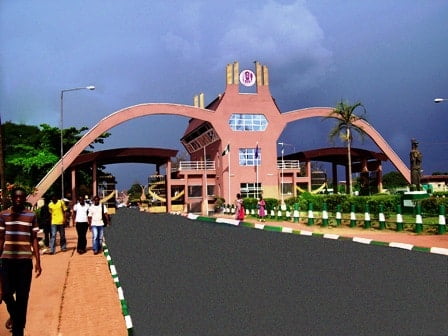 The University of Benin (UNIBEN) has disclosed that not less than 9, 993 graduands would be given different diplomas and degrees at her forthcoming 43rd convocation ceremony scheduled to hold Nov. 24.

The UNIBEN Vice-Chancellor, Prof. Faraday Orumwense, made the disclosure today, Tuesday in Benin while addressing journalists on activities mapped out to as part of plans for the convocation and the 47th Founders’ Day celebration.

Orumwense stated that of the figure, 100 would be awarded first class, 1,843 second class upper and 4,607 second class lower degrees.

He added that other classes of degrees that would also be awarded were 1,351 third class, 188 diplomas, two certificates, 527 unclassified and 152 postgraduate diplomas.

One of the graduands will receive an aegrotat degree, which, in some universities, is a medical certificate or a degree or credit awarded when illness has prevented a student from taking examinations, etc.

A student at the University of Ilorin was also awarded an aegrotat degreeat their recently concluded convocation ceremony.

Orumwense said, “A total of 1120 would be awarded masters’ degrees and 102 awarded doctorate degrees.

“The four-day event will include project inauguration, as well as conferment of honorary degrees on three distinguished personalities,’’ the vice-chancellor said.

The vice-chancellor revealed that the university had taken giant strides from the period between the last convocation in 2016 till date.

He listed the achievements to be in infrastructure development and renewal, adding that it also signed Memorandum of Understanding agreements with some companies in the area of academic research.