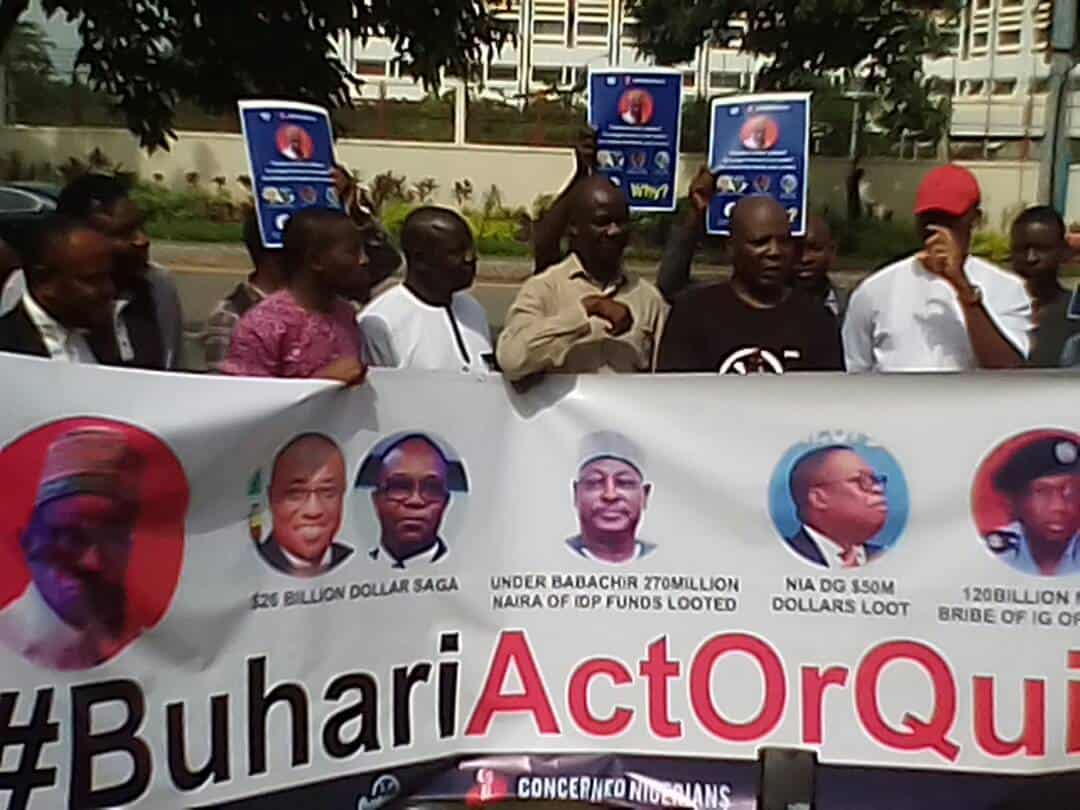 -Group resumes protest against President Buhari’s attitude to allegations of corruption against his officials.

A group of protesters led by veteran Nigerian entertainer, Charles Oputa popularly known as Charlyboy, have taken to the streets of Abuja to demand President Muhammadu Buhari takes definite actions about corruption charges levelled against certain officials of his government.

Some cases identified by the protesters include the NNPC $25 billion saga, the grass cutting scandal case against the suspended secretary to the government of the federation, Babachir Lawal, the N120 billion Police IG Ibrahim Idris’s case and several others.

The protesters are demanding urgent and specific actions on the matters or that the president should resign his position as the nations leader.

Recall the group had earlier revealed its plans to stage a daily sit out protest to force President Muhammadu Buhari to take decisive action on corruption allegations against some officials within his government.