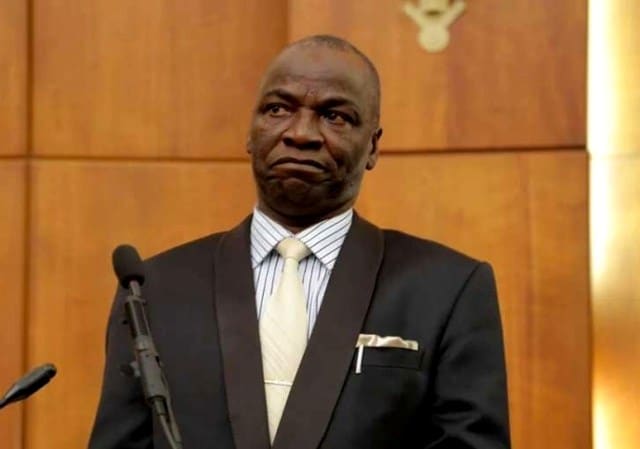 The Minister of State for Education, Anthony Anwukah has been hospitalized in the United States of America.

The Minister of Education Adamu Adamu, revealed this during a press conference on Tuesday to mark the 2017 World Teachers’ day.

Adamu did not state the nature of hsi sickness Anwukah is being treated for, but said that he is incapacitated and needs prayers from Nigerians.

Anwukah, who is also former Secretary to the Imo State Government, was reported to have attended the Federal Executive Council meeting two weeks ago wearing a cervical collar, and later excused himself midway to the meeting.

Nigerian public office holders are wont to travel out of the country for medicare while the country’s health system remains in a very sorry state with obsolete facilities and health practitioners owed backlog of salaries and allowances.

President Muhammadu Buhari has travelled to the United Kingdom several times since assuming office in May 2015. He returned from his latest visit in August after spending 103 days out of office.

Buhari’s first visit to the UK was in June 2016, to treat an ear infection.

Meanwhile, the Joint Health Sector Unions and Assembly of Healthcare Professionals, JOHESU, only suspended their nationwide strike on Saturday following negotiations with Chris Ngige, the Minister of Labour.