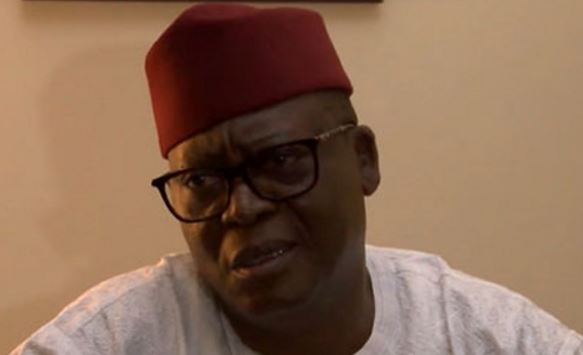 National Publicity Secretary of the Peoples Democratic Party, Prince Dayo Adeyeye, has resigned his appointment as the Pro-Chancellor and Chairman, Governing Council of the Ekiti State University, Ado Ekiti.

His resignation has been attributed to his quest to run for Ekiti State Governorship election.

A former minister of state for works, Adeyeye had on Wednesday rejected the alleged unilateral adoption of the Deputy Governor of Ekiti State, Prof Olusola Eleka by the state Governor, Mr. Ayodele Fayose as the purported candidate of the PDP for the 2018 governorship election in the state.

Adeyeye through a statement by his campaign organisation, Prince Adedayo Adeyeye Movement had earlier rejected the decision of members of the party who were said to have been backed by the governor, rejected the adoption, Punch reported.

It was alleged that the adoption of the deputy governor was to be carried out by some stakeholders of the party, as allegedly forced by the governor at a meeting held in Ado-Ekiti on Wednesday.

Confirming his resignation, Adeyeye, said that he had communicated his decision to the state governor “through the right channel.”