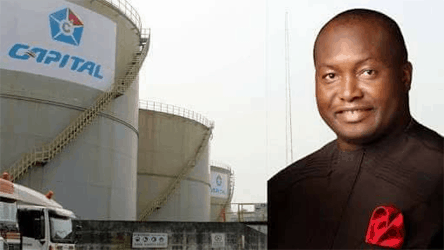 Ifeanyi Ubah, managing director of Capital Oil and Gas Limited, has been released from Department of State Services (DSS) detention after keeping him in detention for more than five weeks.

Naija News learnt that  the oil mogul was released yesterday night.
‎
The DSS had arrested Ubah over alleged diversion of petroleum products worth N11bn.

While in detention, the agency said Ubah “undermined national security and public order” through his conduct.

The businessman, however, filed a lawsuit against the security agency for detaining him “unlawfully‎”.

Two federal high courts had made contradictory orders on the detention of Ubah.

A federal high court in Lagos ordered the DSS to release Ubah.

Mohammed Idris, the presiding judge, ordered the security agency to release him “unconditionally within 48 hours“.

Shortly after, a federal high court in Abuja, in another ruling, gave the agency a go-ahead to detain him for another 14 days.