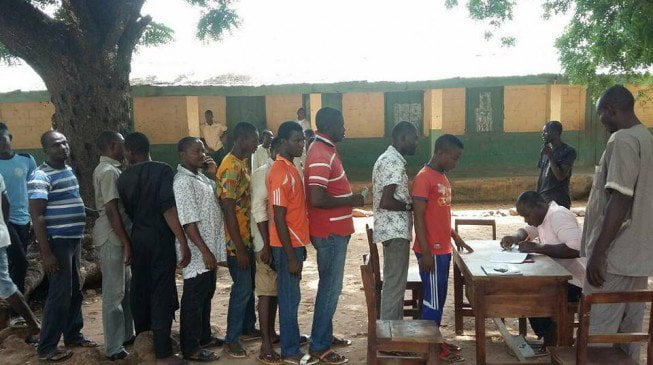 A total of 188, 588 voters, representing 52.3 percent of the total number of registered voters in Kogi west senatorial district have reportedly approved the recall of Dino Melaye from the senate.

Pius Kolawole, a special adviser to Yahaya Bello, governor of the state, announced this on Monday in Lokoja while addressing party members from the district.

He said the collation of signatures of voters to that effect was carried out successfully on June 17.

Kolawole commended voters in the district for turning out en masse for the exercise, saying section 69 of the 1999 constitution backed their action.

“In 2015, we voted for Dino and now we are using the same method to return him home,” he said.

Announcing the result of the collation, Adamu Yusuf, the returning officer, said 188,588 out of the 360,098 in the senatorial district endorsed Melaye’s recall.

While giving the breakdown of the result per the seven local governments in the district, Yusuf said 18,374 of the total number of 35,331 registered voters in Yagba east approved the recall.

According to Yusuf, with this, the next move is to submit the document to the Independent National Electoral Commission (INEC) for the next action.

Only 50 percent of the registered voters in the district are needed for the next stage of the recall process.

After receiving a petition from the voters, INEC would carry out a verification exercise to ensure that those who signed the petition are from the district.

Melaye, who accused Bello of masterminding the act, boasted that the move will fail.

“Quote me, Kogi state governor, Yahaya Bello, has released N200 million for each of the seven local government areas in my senatorial district to facilitate my recall from the senate,” he had said at the beginning of the process.