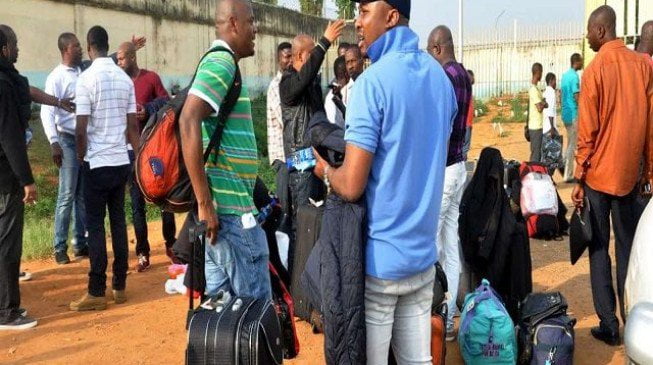 90 Nigerians were deported by the South African government on Friday for committing immigration-related offences.

Joseph Alabi, the spokesperson of the Lagos Airport police command, confirmed the development to NAN.

Alabi said the deportees, who are all men, landed at the Murtala Muhammed International Airport, Lagos at about 3.30pm.

Naija News learnt that they were brought back to Nigeria aboard a South African Airways aircraft with registration number BBB712 from Johannesburg.

“This afternoon, about 3.30pm, 90 Nigerians were deported from South Africa for committing immigration-related offences,” he said.

“Some of them were alleged to have been living in the country without valid documents.

“They were received by the appropriate agencies including the police and profiled before being allowed to depart to their respective destination.”