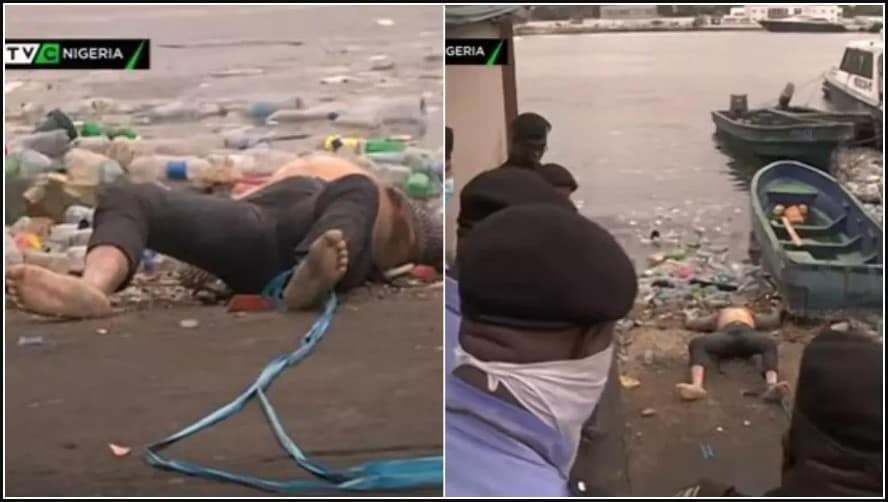 The body of Dr. Allwell Orji, who jumped off the third mainland bridge into the Lagos lagoon on Sunday, March 19, has now been recovered.

The body of Dr Orji was discovered at about 400 pm today, March 22, around the CMS area of the lagoon. Photo credit TVC

The body was discovered at about 4:00 pm on Wednesday, around the CMS area of the lagoon by officers of the Lagos State Police marine.
The Lagos State Commissioner of Police, Mr Fatai Owoseni, said members of the late doctor’s family have identified the body.

Mr Owoseni had on Tuesday, claimed that Dr. Orji’s body was found by the Marine Police, at the Onikan end of the lagoon.

The Police later said that they were unsure of the identity of the body recovered.

Reports from the Police authorities said he had asked his driver to stop the vehicle, he alighted, and then suddenly took the plunge into the lagoon.