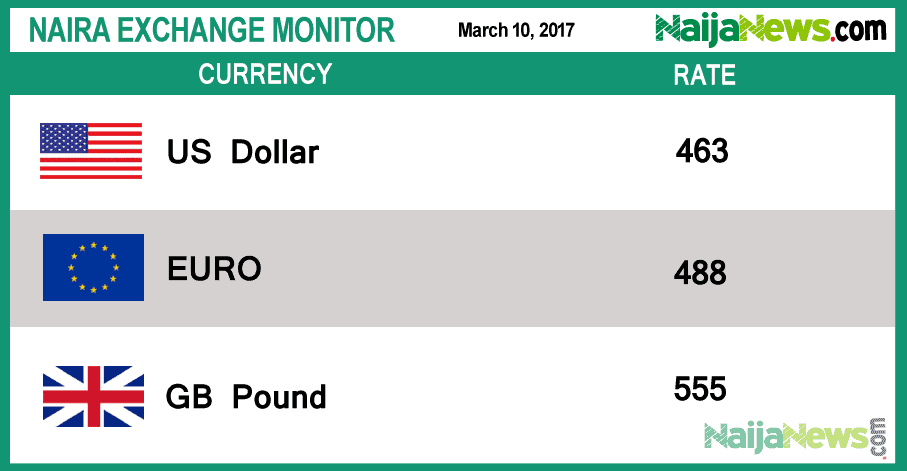 Nigerian currency the Naira today maintained its strenght against the American Dollar, but crashed against the Pound and Euro at the parallel market.

According to reports, the Nigerian currency continues to trade at N457 per dollar as it was on Tuesday, March 14.

However, the local currency crashed against the Pound Sterling as it now trades at N550 as against the previous rate of N545.

The Naira also weakened against the Euro as it now trades at N485, from the previous rate of N480.

The Naira also fell to 306 per dollar from the 305.50 level it had traded since last year at the official market.

Economic experts have blamed the fall of the local currency to the uncertainty over dollar sales to Bureau De Change (BDCs) by the Central bank of Nigeria (CBN).

This follows reports that the apex bank has concluded arrangement to release into the foreign exchange market $195 million comprising of $150 million for wholesale auction and $45 million to meet demand for invisible items like such as medical fees, tuition fees, Personal Travel Allowance (PTA) and Business Travel Allowance (BTA).