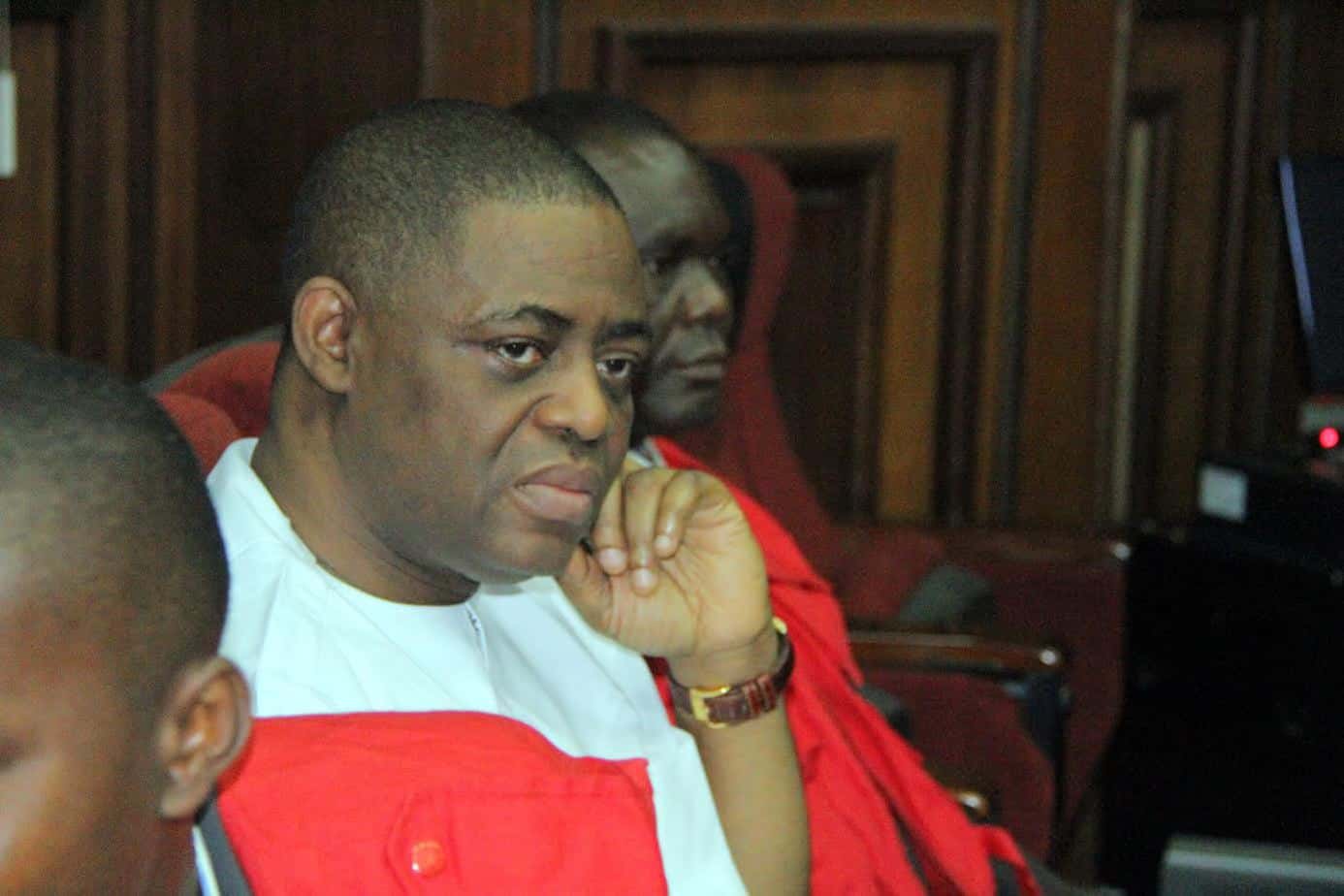 Former Aviation Minister, Femi Fani-Kayode, on Monday, asked the Federal High Court Abuja, to adjourn his case to allow him explore other options of settlement aside from going to trial.

Counsel for Fani-Kayode, Mr Ameh Raji (SAN), who made the application on his behalf said that since the sum of money involved was only N26 million, he believed that there were other options of settlement.

Raji added that moreover, he was new on the case and would need some time to go over the facts of the case to enable him defend his client effectively.

“My Lord, I am just coming into the case, so I crave your indulgence to enable me familiarize myself with the case.

“Secondly, looking at the facts of the case and the money involved, I believe that there are other options we can explore.

“The case involves the sum of N26 million and the law allows you to explore the option of a plea bargain and so many other options rather than go through trial,” Raji said.

He said that if the Economic and Financial Crimes Commission was amenable to plea bargain, the defence would take the option.

The prosecuting counsel, Mr Johnson Ojogbane said he was not opposing the application.

Ojogbane, however, asked the court to take cognizance of the fact that this was the second adjournment at the instance of the defence and asked for a definite date to commence trial.

The judge, Justice John Tsoho, adjourned the matter till March 14 for commencement of trial.

Fani-Kayode was arraigned by the Economic and Financial Crimes Commission before Justice Tsoho on a fresh five counts bordering on money laundering.

The ex-aviation minister was accused of allegedly collecting N26 million from the Office of the Former National Security Adviser, Sambo Dasuki and using same for media campaign.

Count two of the charge read that;” You Femi Fani-Kayode, converted N26 million cash paid from the office of the National Security Adviser for the purpose of media campaign when you ought to have reasonably known that the said funds formed part of an unlawful act contrary to section 15 (2) (b) of the Money Laundering Act.”

Following the argument of his bail application by the counsel who represented him on that day, Mr Ifedayo Adedipe (SAN), he was admitted to bail in the sum of N50 million and one surety in like sum.

Fani-Kayode is facing another 17 counts of money laundering before the Lagos division of the court.