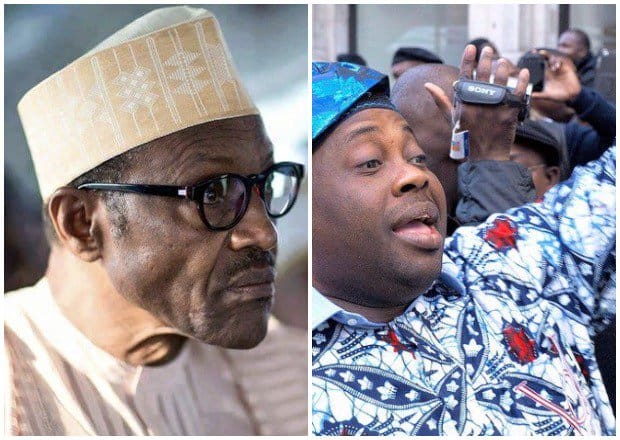 The publisher of Ovation Magazine, Dele Momodu, has denied asking Nigerians to vote for President Muhammadu Buhari in 2015.

Naija News reports that the media mogul who recently joined the Peoples Democratic Party (PDP) has declared his intention to contest in the 2023 presidential election.

Speaking with Chude Jideonwo, Momodu said he personally likes President Buhari but not his way of playing politics.

“I didn’t sell Buhari to you. All I did was post his pictures. There is no way anyone can say, I said you must go and vote for Buhari,” he said.

“The mess in Nigeria today is because Nigerians find it difficult to detach themselves from career politicians.

“But Nigeria cannot continue in this madness. Why we lack progress is because we are too embittered, too enraged it is unbelievable.”

On his ordeal during the military government of late General Sani Abacha, Dele Momodu said he lived in fear in London after fleeing Nigeria.

“Then boom! There was a bomb next to our building. A massive explosion with over 100 houses blown apart.

“We started running, and I started shouting Abacha! Abacha!.

“I thought Abacha had discovered where I was. So we ran, and we saw police dogs everywhere. Apparently, they had evacuated the area, and we didn’t know because we were busy celebrating.