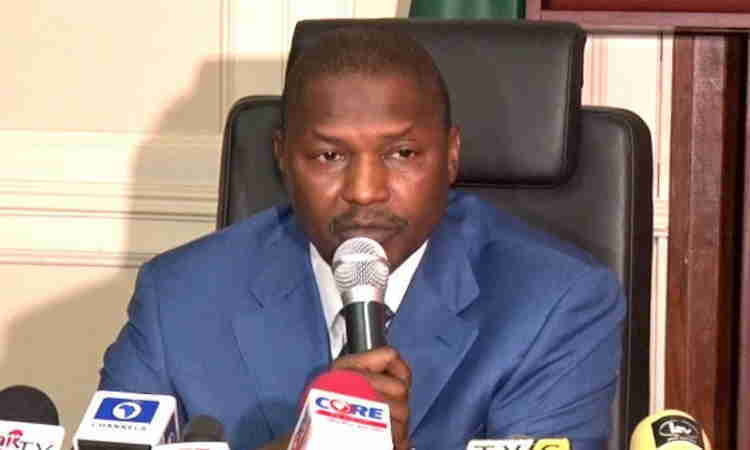 The Minister of Justice and Attorney-General of the Federation (AGF), Abubakar Malami, says President Muhammadu Buhari has not shown favouritism in the anti-corruption fight.

This is as Malami said that the anti-corruption fight led by President Buhari has been fair and shown no favouritism, irrespective of status or affiliation to the Nigerian leader.

In an interview on a programme aired by Radio Kano on Sunday, the minister argued that the fight against corruption has recorded great success.

He said: “The fight against corruption has recorded tremendous success. This administration did not even favour even members of its cabinet whenever found guilty. Many people were convicted on several corruption allegations and nobody intervened to favour or influence the process.

“This has really helped in the recovery of many looted assets and that is what we are using in many of our capital projects. The money recovered from looted assets, especially those that were kept abroad, were used judiciously and are all visible to Nigerians.

“Some of the projects that were carried out from that money include the Kano-Abuja highway, the Lagos-Ibadan expressway, Second Niger Bridge which was abandoned many years ago, and other projects like school feeding programmes, the agricultural input support, N-Power, and many others.”

Speaking further, Malami said that the anti-corruption fight has helped in the fight against insecurity and terrorism in the country.

The AGF claimed that the past administration looted a huge amount of money that was meant for the fight against terrorism, saying that the Buhari administration has retrieved the looted funds.

He said: “It equally helped in the fight against insecurity because that past administration has looted huge amount of money that was meant for the fight against terrorism. But we came and cleared all their mess. So, we did what they were not able to do in one year.

“The time we came, there were over 17 local governments in the north-east that were under the control of the Boko Haram terrorists. There were attacks everywhere in the region. But we were able to recover the 17 local governments, restore peace, build houses for IDPs and many more.”