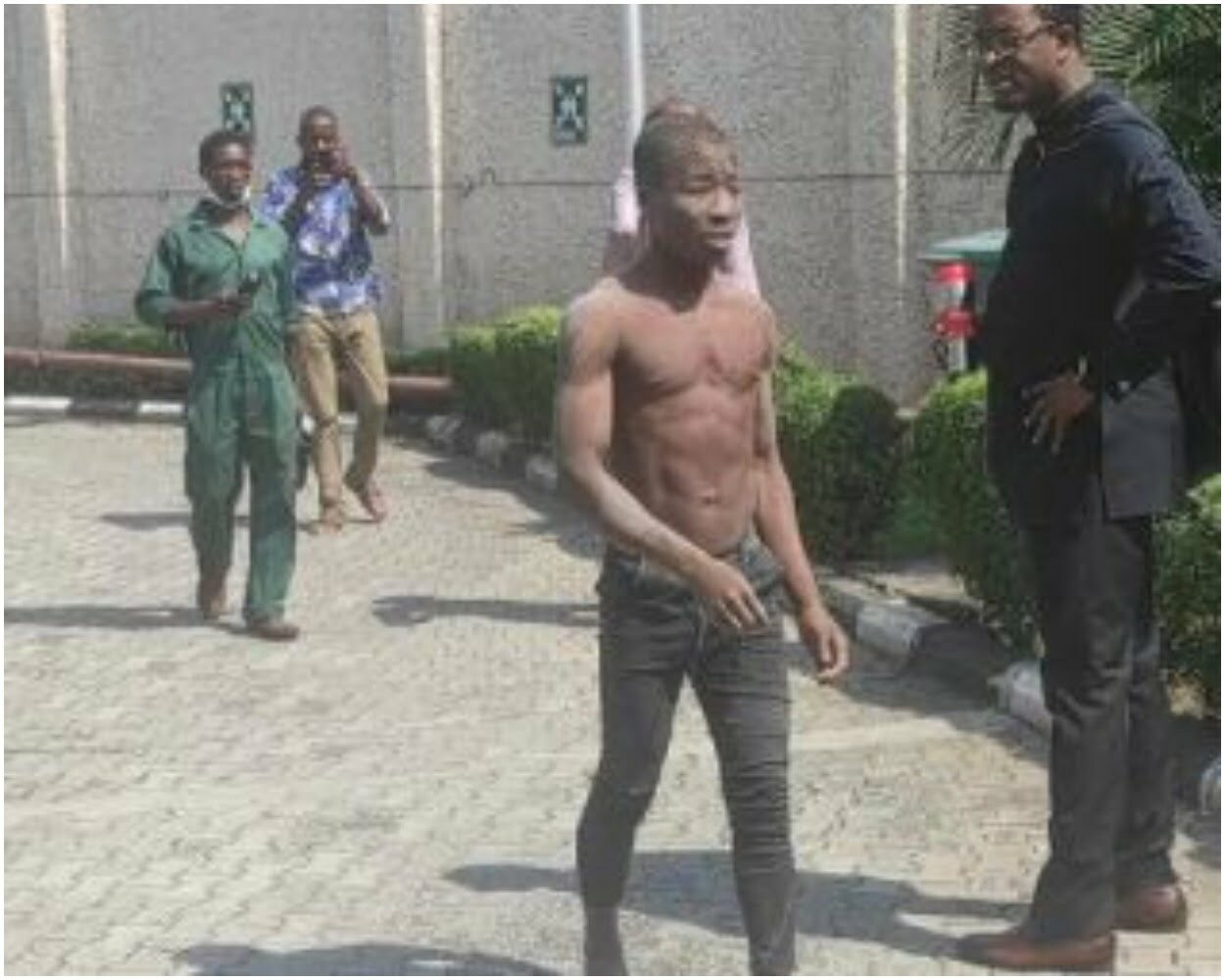 A young man has cheated death after jumping off the 21-storey building that collapsed in Ikoyi today, 1st November 2021.

Naija News reports that many persons have been trapped after a 21-storey building located along Gerald Road, Ikoyi collapsed on Monday.

According to reports, the collapsed building is under construction, and many persons have been feared dead in the incident.

Taking to the microblogging platform to share a photo of persons who survived the incident, a Twitter user identified as Enubee shared a photo of a man who he claimed jumped from the collapsed building into his compound.

According to Enubee, the man who’s yet to be identified had allegedly jumped from the collapsed building to their compound. 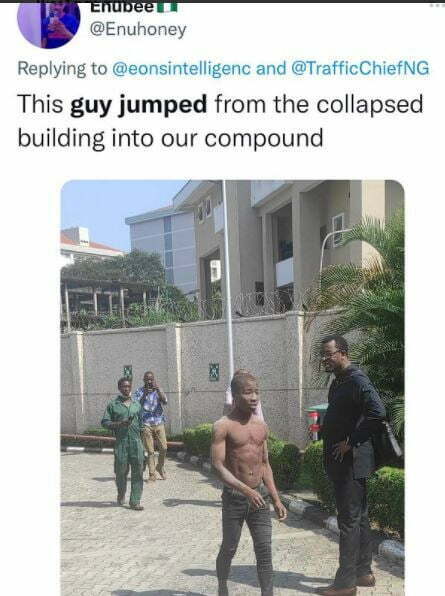