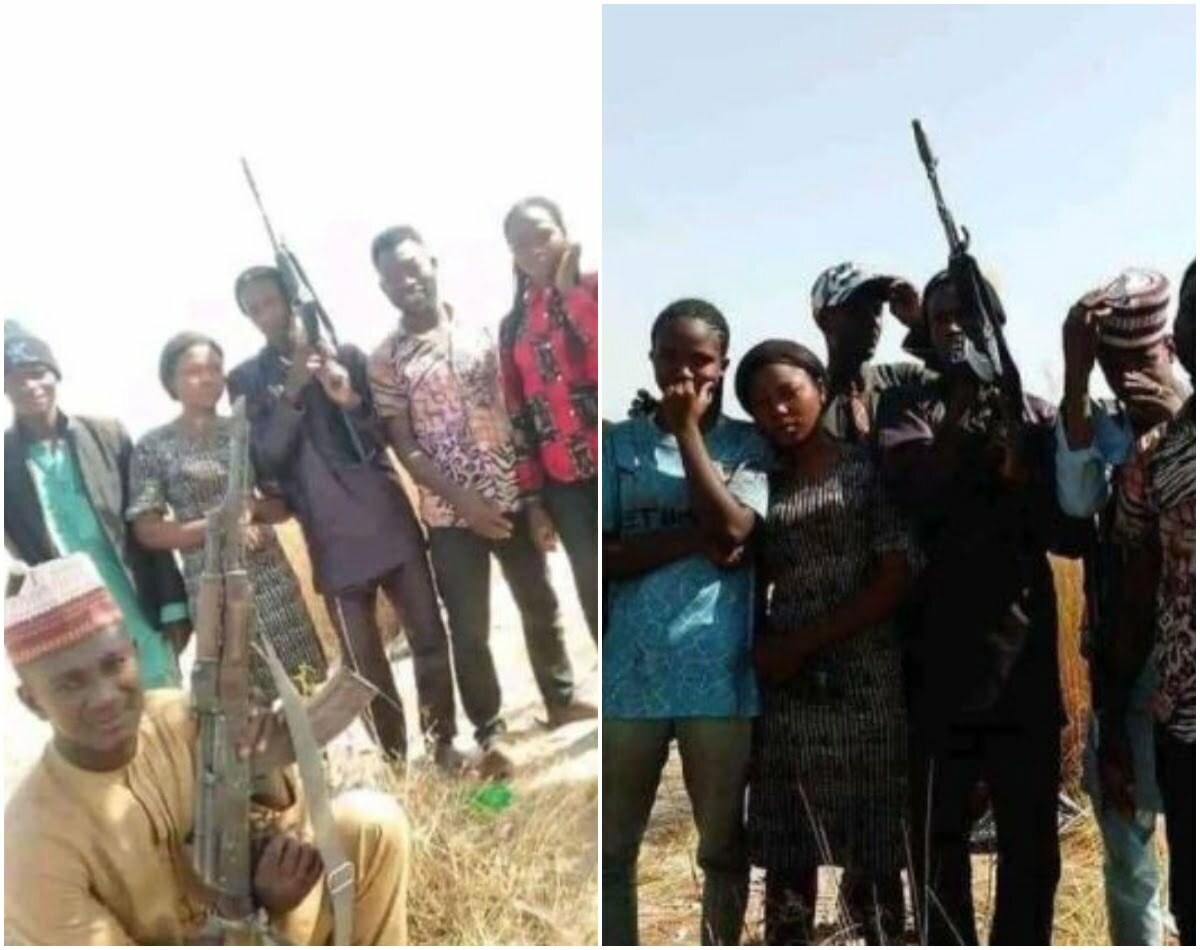 A photo of bandits striking a pose with kidnapped prospective corps members after receiving ransom has surfaced on social media.

Naija News recalls that two prospective corps members from Benue State were reportedly kidnapped alongside two others in Zamfara State on 21st October.

The bandits intercepted the vehicle with passengers numbering eight said to be travelling on Benue Links.

The sister of one of the victims, Sember Iorliam told newsmen that her sister, Jennifer Awashima Iorliam, a graduate of Benue State University was posted to Kebbi State for her one-year mandatory National Youth Service Corps scheme when she was kidnapped.

“It was this morning (Thursday) that they contacted me through my sister phone and demanded N2m from each of the victims and they said that was the last.”

A ransom may have been paid as the victims have regained freedom. 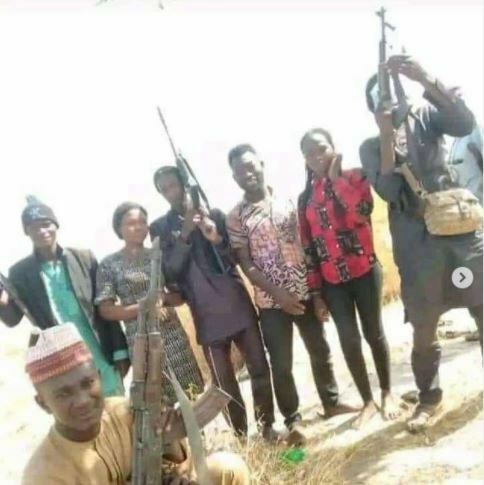 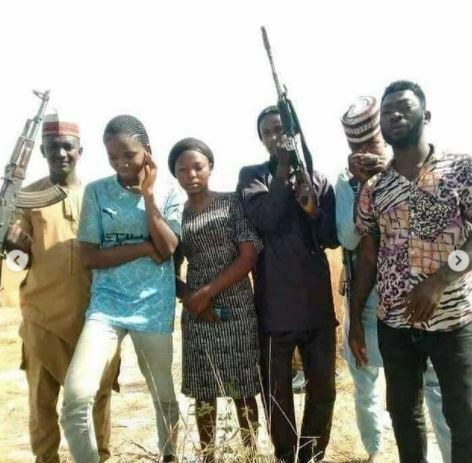 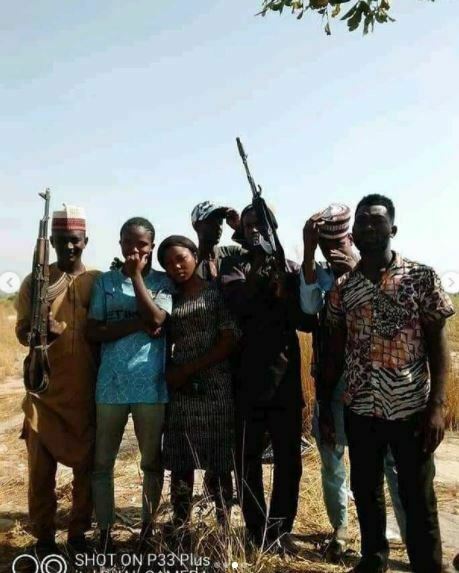