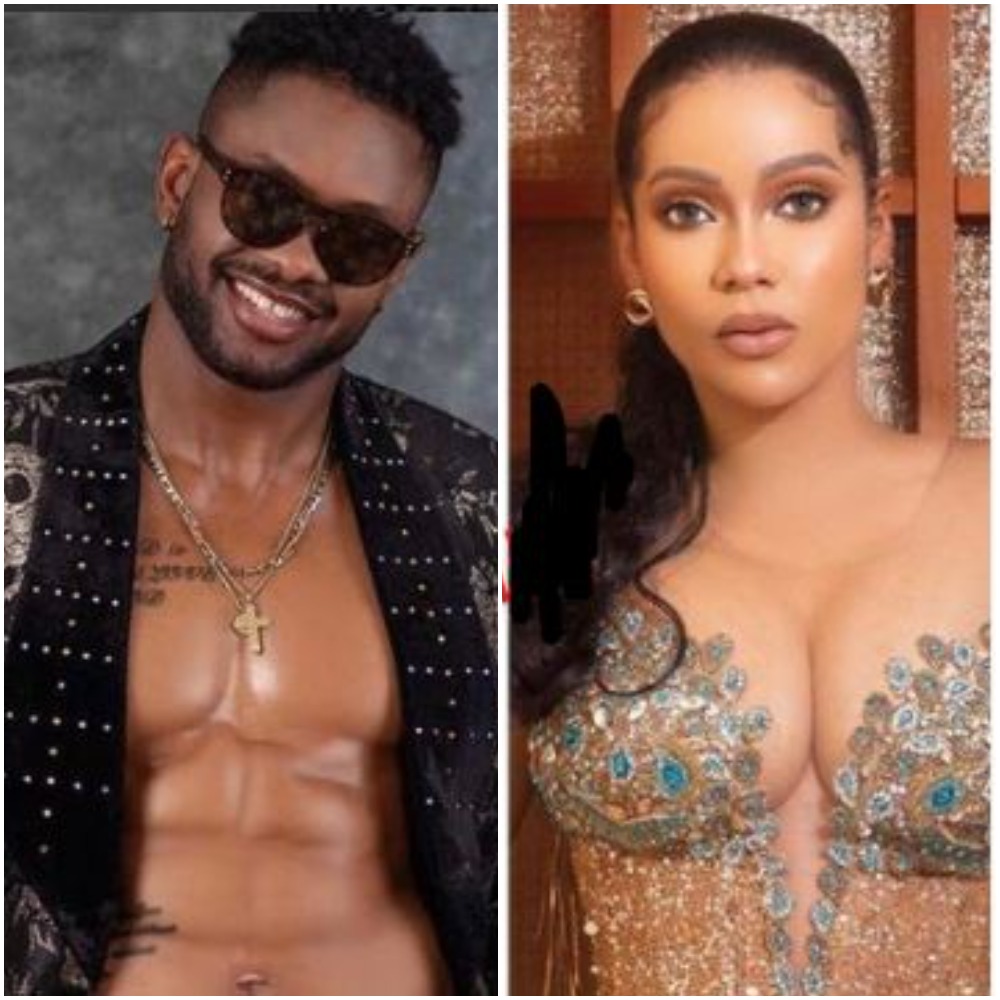 Naija News earlier reported that the 30-year-old Anambra born reality star posted his nude video on his Snapchat account today, before deleting the post which has generated a barrage of reactions on social media platforms.

This is coming a few hours after a video of his mother telling him she wants to use his platform to preach the gospel.

In the short clip, Cross was completely naked, with his tattoos and manhood on display.

Reacting to the photo, Maria, the reality star who was currently called out for snatching another woman’s husband and threatening to deal with her questioned her colleague Cross on why he was trending.

According to the Imo-born star, they both can’t be ‘casting’ at the same time.

See her reaction below; 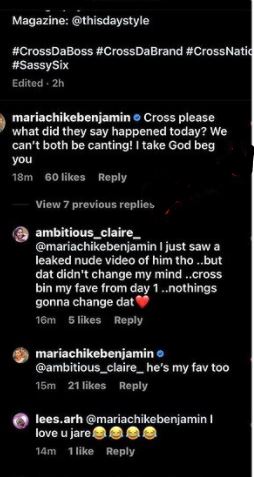 Meanwhile, a former Big Brother Naija Shine Ya Eye housemate, Yousef, has announced the demise of his elder brother.