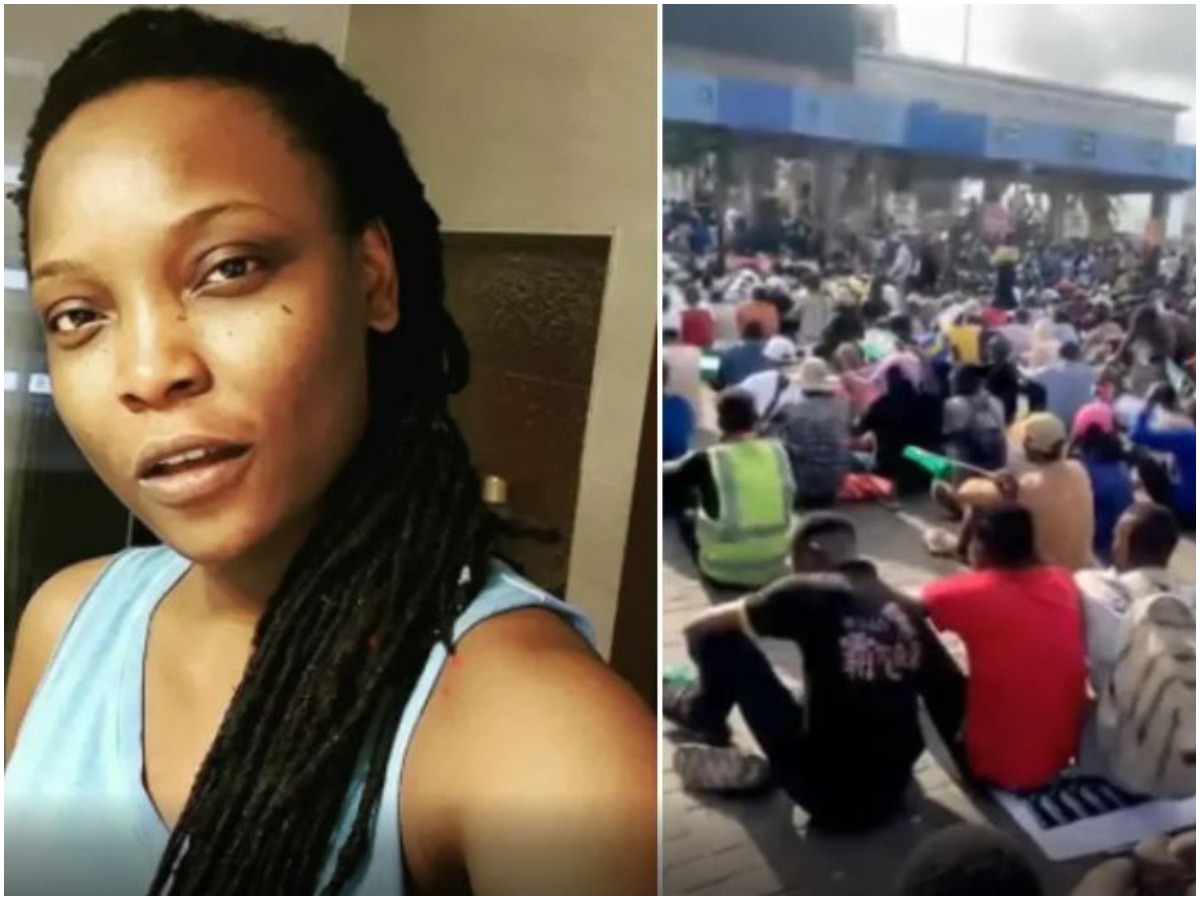 The Minister of Information and Culture, Lai Mohammed, has alluded to activist disc jockey, Obianuju Catherine Udeh, alias DJ Switch, as run-away DJ after she told the world that EndSARS protesters were killed by soldiers.

Naija News reports that while addressing
a press conference on the first anniversary of the EndSARS protest, the Minister averred that there was no massacre at the Lekki tollgate rendezvous of the protesters in Lagos.

The well-organized protest by trendy Nigerian youth and celebrities, which was against police brutality in the country, ended on a violent note after it was hijacked by hoodlums.

DJ Switch was among the leading lights of the protest as she was constantly at the Lekki toll plaza in Lagos, where protesters had their sit-out for weeks.

On the night when soldiers forcefully dispersed the protesters, DJ Switch was on ground to live-stream what happened at the venue on Instagram.

Many, who were not at the scene, including foreign and local journalists, relied on her account of the soldiers’ incursion.

In subsequent interviews she granted after the incident, DJ Switch said soldiers fired live bullets at protesters on October 20, 2020.

Her dauntless activism sparked reports that the authorities were after her, forcing her to flee abroad. However, DJ Switch would later deny going abroad, saying she only went underground but remained in Nigeria.

Briefing the media on Wednesday, Lai lumped DJ Switch among those who, according to him, lied against security operatives as pertains to what happened at the Lekki tollgate a year ago.

Although the Minister came short of mentioning DJ Switch, it was apparent that he was referring to her.

He insisted that no one was killed by security operatives, accusing Amnesty International, CNN, and “a runaway DJ” of spreading falsehood.

According to Mohammed, “The testimony of ballistic experts before the Judicial Panel of Inquiry in Lagos contradicts the tales by the moonlight by Amnesty International, CNN, a runaway DJ and their ilk.

“The only ‘massacre’ recorded was in the social media, hence there were neither bodies nor blood. Amnesty International, CNN, a runaway DJ and others like them should apologize for misleading the world that there was a massacre at the Lekki Toll Gate and for portraying the Nigerian military, police and other security agencies in bad light.”