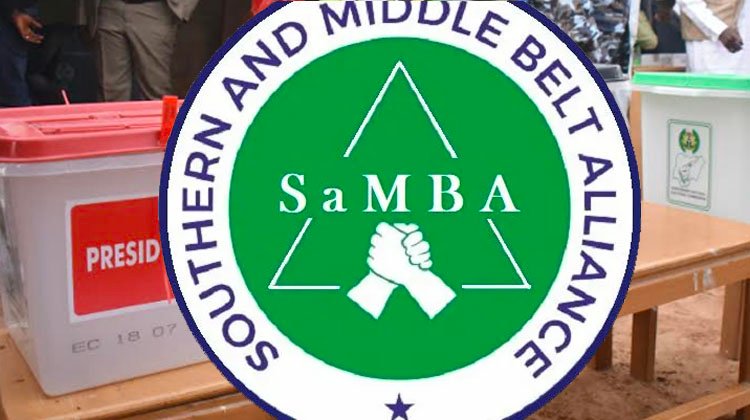 The Southern and Middle-Belt Alliance (SAMBA) has described those from the South or Middle-Belt pushing for the next President of Nigeria to come from the core North in 2023 as “political slaves, who are only after their bellies”.

It stated this in a statement titled, ‘2023: Southerners and Middle Belters pushing for core northern presidential candidates, are political slaves’ which was signed on Monday by its Spokesman, Rwang Pam Jnr.

Naija News recently reported the founder of AIT and RayPower, Raymond Dokpesi, as claiming that there is no candidate from the South-east and the entire South who can win the 2023 presidential election for the Peoples Democratic Party (PDP).

SaMBA insisted that it was not in the interest of Nigeria’s unity for power to remain in the North considering the fact that a northerner is about to complete eight uninterrupted years of presidency.

The statement reads in part, “We have observed that some southerners and Middle-Belters, whose god is their belly, have started drumming support for northern candidates, without any consideration for their peoples’ political aspirations.

“To this group of people, primordial objectives and the fattening of their bank accounts seem to matter most.

“In 2015, the whole of northern Nigeria united to support and realize the presidential ambition of Gen. Muhammadu Buhari (retd.), on the grounds that it was the turn of the North to produce the president then. For this reason, it is hypocritical to deny the South its turn at the Presidency.

“If we recall, the threat and demand for a president of northern extraction were so strong that the members of the then ruling party, the Peoples Democratic Party were unable to campaign openly for any southern candidates in the North.

“So, this begs the question; how is it now that some southerners and Middle-Belters are against the power shift to the South?” the group asked.