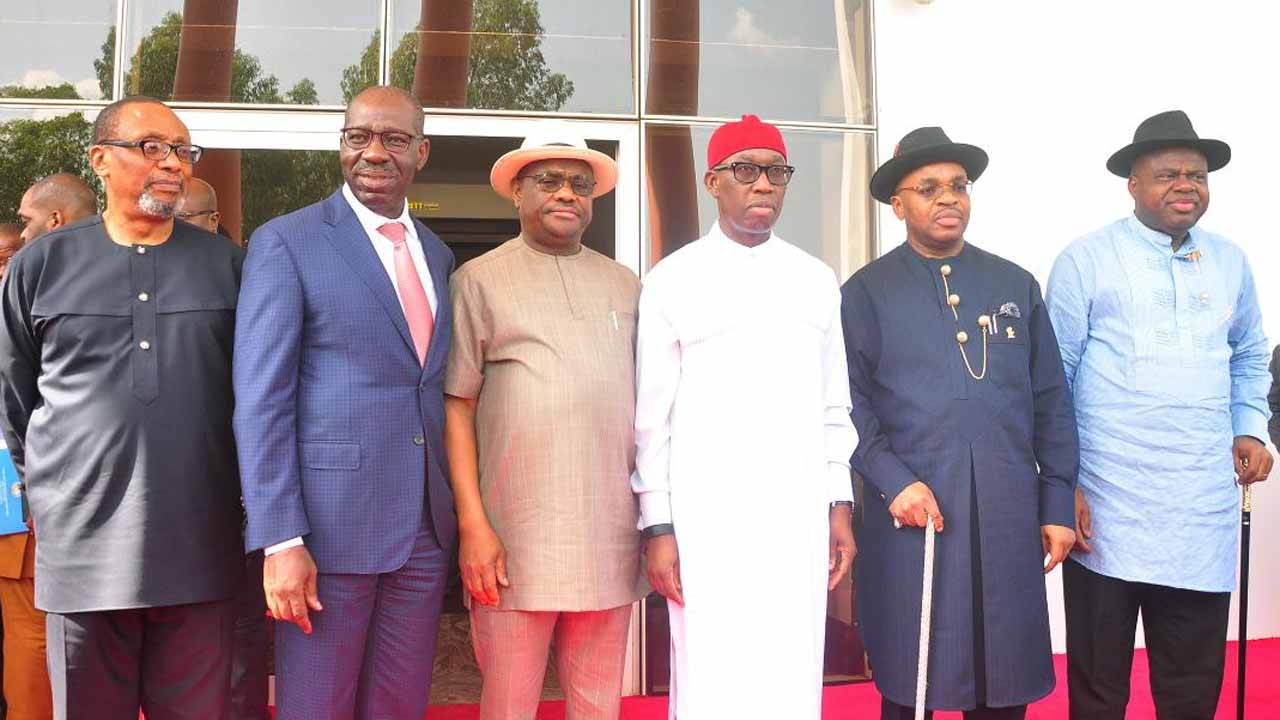 Governors of the South-South have resolved to join Rivers State in its battle with the Federal Inland Revenue Service, FIRS, over the collection of Value Added Tax, VAT.

Naija News reports that this was made known by Delta State Governor and Chairman of the forum, Ifeanyi Okowa, while briefing newsmen at the end of a closed-door meeting.

Recall that Southsouth governors had on Monday held a meeting at the Government House in Port Harcourt, the Rivers State capital.

Also part of its resolutions at the meeting is the setting of a regional security outfit to help in tackling security challenges in the region.

This is following the footsteps of the southwest which has established Amotekun and the southeast which also set up Ebube Agu.

The South-South Governors forum called on the National Assembly to immediately review and amend sections of the recently enacted Petroleum Industrial Act.

According to the governors, such amendment will give a clear definition of a host community and transfer the power to appoint the trustees to state governments.

While urging President Muhammadu Buhari to respect the law establishing the Nigeria Delta Development Commission (NDDC) by appointing a substantive board, they asked the presidency to make public forensic audit of the agency recently submitted.

The South-South Governors also asked the federal government to relocate the headquarters of the Nigerian National Petroleum Corporation (NNPC) and head offices of international oil companies to the states in the Niger Delta region.