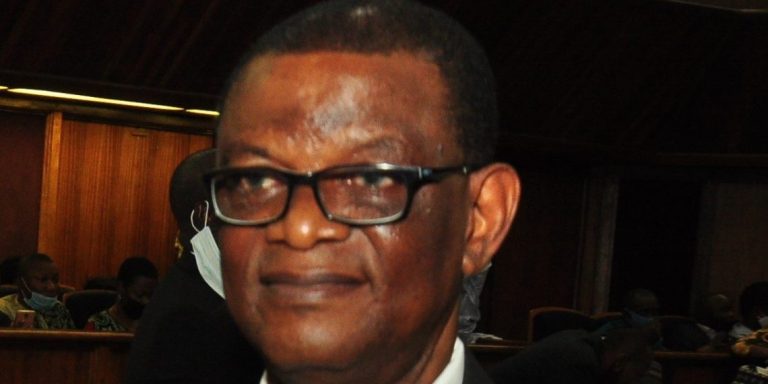 One of the Supreme court Judges in Nigeria, Justice Chukwudumebi Samuel Oseji, has died at the age of 67.

Naija News learned that the apex court judge died in a private hospital in Abuja on Tuesday after a brief illness.

Justice Oseji was appointed a judge of the High Court of Justice, Delta State before being promoted to Court of Appeal in 2010.

The late judge has served in Enugu, Benin and Lagos before being elevated to the nation’s apex court.

His death brings the total number of Supreme Court Justices in Nigeria to 17.

He graduated from the University of Nigeria, Nsukka in 1984 and was called to the Nigerian Bar in 1985.

In other news, gunmen suspected to be kidnappers have abducted Air Vice Marshal Sikiru Smith (retd.), in the Ajah area of Lagos State.

Naija News reports that the abducted general is a cousin to a former Inspector-General of Police and current Chairman of the Police Service Commission, Musiliu Smith.

Sikiru Smith is currently the Chairman of Double Wealth Ventures Limited – a dredging and engineering firm.

It was gathered that the retired military officer was supervising work on a site in the Ajah area of Lagos State on Monday when masked gunmen invaded the place and shot sporadically.

Smith was reportedly taken away in a waiting speedboat and sped away.

According to PUNCH, in an SOS voice note shared by his driver, Corporal Odiji, the retired AVM engaged in a struggle with the gunmen before he was subdued.

Odiji stated, “This is an emergency. I am Corporal Odiji attached to Air Vice Marshal Smith. They just abducted him from the site where we were working. Some gunmen who were wearing masks just came and snatched my boss now. They shot everywhere. I was near where I was fixing my boss’ vehicle.

“As I was coming, I saw them leaving in a boat but I wasn’t armed so I just ran to the site and I saw his glasses and where he struggled with them. Please pass this information. It is an emergency.”