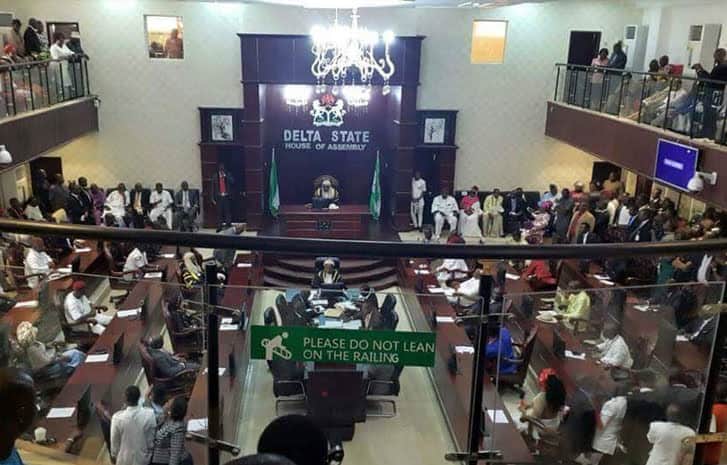 The Delta State House of Assembly on Tuesday passed the bill prohibiting open grazing in the South-South state.

Naija News reports that following the passage of the anti-open grazing bill, indiscriminate breeding, arbitrary rearing and marketing of livestock have become forbidden in the state.

The bill would also prohibit the carrying of firearms, either licensed or otherwise, by residence or individuals in the state.

The bill was unanimously passed by the assembly after a motion to the effect by the Majority Leader, Ferguson Onwo and seconded by the Minority Leader, Innocent Anidi.

Earlier, the Chairman of House Committee on Special Bills, Pat Ajudua, had presented the report on the bill on the floor of the House, which was received and adopted.

While presenting the bill, the female lawmaker said that inputs of stakeholders formed part of the proposed law.

He stated that the House has fulfilled the commitment of the state to the agreement reached at the Southern Governors’ meeting held in the state.

The speaker added that by passing the bill, this House has demonstrated its resolve to protect the people of the State from the menace of clashes between herders and farmers.

Oborevwori said with the passage of the bill, well-meaning persons who seek to carry on the business of breeding, rearing and marketing livestock shall do so within the boundaries of the Law.