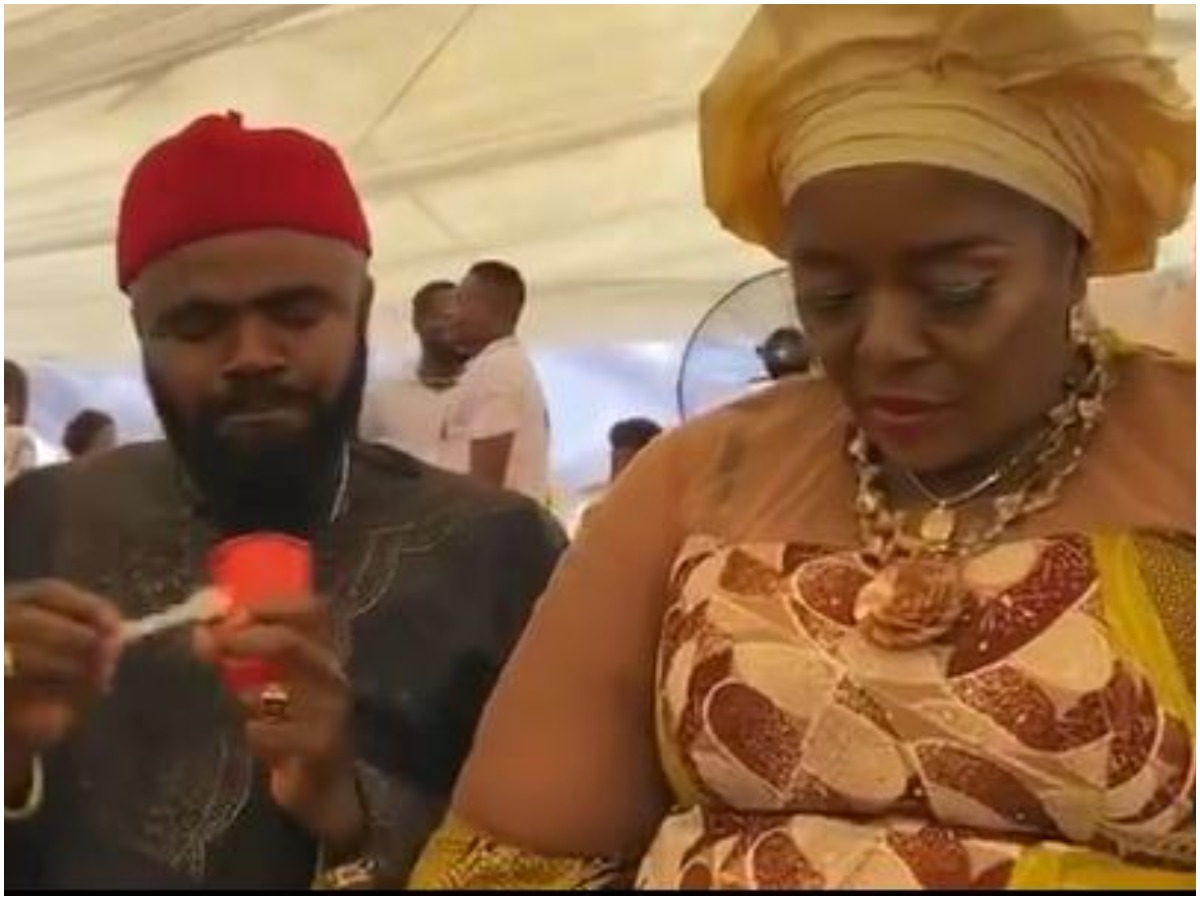 Nigerians on social media have reacted to the viral video of Nollywood actress, Rita Edochie hitting her colleague, Chief Imo in Public

In the video that has gone viral, Chief Imo was seen scooping ice cream with a spoon before he opted to lick the remaining content of the ice cream with his hands.

Embarrassed by his public hygiene, Rita Edochie, who was seated beside the actor slapped him across the shoulders, reminding him that he was in public.

Chief Imo continued to lick the ice cream with his fingers till he got another slap from Rita Edochie who later took the cup from him and cleaned up his mouth with a tissue.

Sharing the video on his Instagram page, Chief Imo who accused his village people of embarrassing him, thanked Rita Edochie for reminding him that they were in a public event.

The actor wrote: “I forgot that we were in the public….::::: my village people just embarrassed me! Thanks for reminding me mummy yo!”.

jenyclif wrote; ‘Trust me Chief Imo did that on purpose’P

vasttvn wrote; Mumu for film still mumu for real life . No be juju be that